Home / ENTERTAINMENT / Do you intend buying a house after spending US$50,000 on earrings, wristwatch? – Delay asks King Promise 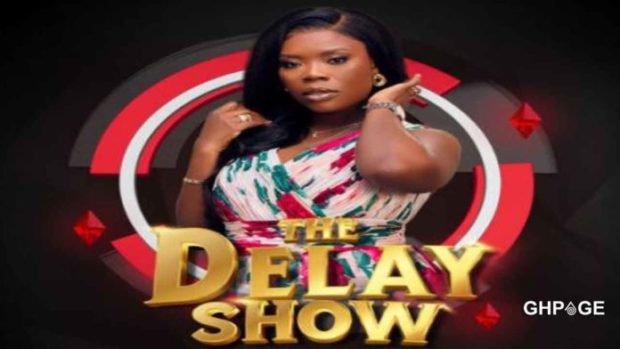 Do you intend buying a house after spending US$50,000 on earrings, wristwatch? – Delay asks King Promise

Aside from King Promise’s music catalogue, events he has performed at and a bit of controversy that put him in the trend, his expenditure is one that has engendered conversations. From buying footwear for US$1,700 to buying a wristwatch for US$30,000, King Promise has portrayed himself as a fashionable musician who is concerned about his looks.

In his interview with Deloris Frimpong Manso on The Delay Show, the musician intimated that although his footwear became a subject for discussion, he has “bought a few things more expensive than that” and that includes his wristwatch.

He cited his customized necklace stating that it costs a little more than US$10,000 while his diamond earrings was acquired “at exactly US$2,000”.

His responses aroused curiosity as Delay asked if he intends buying a house.

“The cost of these items sums up to about US$50,000. You have other expensive things you wear. Do you have plans of buying a house soon?” she asked.

Sounding reluctant to answer the question, King Promise said: “I don’t know if I have to say this but I’m already working on stuff. I’m building a house.”

“So, the US$50,000 can’t complete the house?” Delay inquired to which King Promise responded “Nope”, adding “you need to see the house I’m building.”

He suggested that the luxurious lifestyle is to make him an expensive brand so nobody takes him for granted as an artiste.

“When you see me and I pull up in a Range Rover,” he said, disclosing he has one, “you know that you can’t mention some price to me. Out of respect, for how I carry myself and my brand; I’m an expensive brand. I’m not bragging; I’m just saying…”

Delay established that her question was on the premise that some have, on the back of the reports of his luxurious lifestyle predicted he would become a pauper and beg for money as done by some showbiz personalities.

On how such comments make him feel, King Promise said: “I’m a very optimistic person. I know where I come from, I use my head when I’m doing anything. If I didn’t have much in my account to buy these things, I wouldn’t do it. I won’t spend all my savings to impress people I might not know who are just on the internet.”

Tags 000 A after ASKS BUYING Delay DO earrings HOUSE intend king on PROMISE spending US$50 wristwatch? you