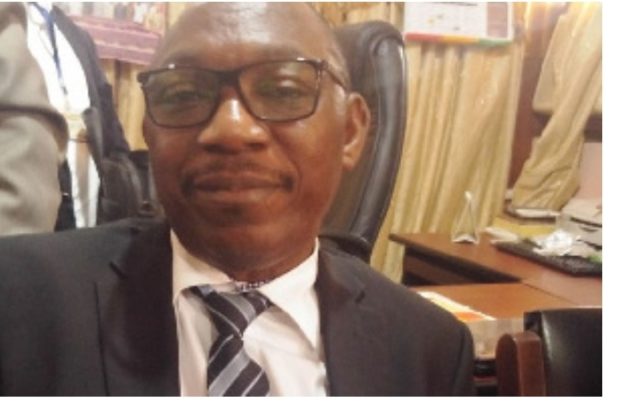 Justice Clemence Honyenuga who is hearing the COCOBOD trial stunned everyone in court when he ordered counsel for Dr. Stephen Opuni not to make references to the judge’s own ruling on the submission of no case.

“Mr Codjoe, you cannot be referring to a ruling by this court on the submission of no case,” he thundered on Thursday, December 9, 2021.

Justice Clemence Jackson Honyenuga, a justice of the Supreme Court sitting with additional responsibility as High Court judge, has for four years been hearing the trial of former COCOBOD boss, Dr. Stephen Opuni and businessman Seidu Agongo accused of causing financial loss to the state and contravention of the Public Procurement Act.

After prosecution have called seven witnesses and closed their case, the accused filed for submission of no case, but the judge dismissed it and ordered them to open their defence.

Dr. Opuni who is the first accused person subsequently opened his defence with a former Director of Finance at COCOBOD, Charles Tetteh Dodoo as his first witness, much to the chagrin of Justice Honyenuga who expected the accused to mount the box first.

Leading the first defence witness in his evidence in chief, lawyer Samuel Codjoe asked Mr. Dodoo’s opinion about a statement of facts made by the judge in his ruling on Dr. Opuni’s submission of no case.

“In the ruling of the court dated the 7th of May 2021 and specifically on page 69, the court stated that, the third line from the bottom, “Strangely the third accused sent it response to COCOBOD even though it has not had any price quotation. What do you say about Exhibit T?” the lawyer asked.

The witness replied, “my Lord, Exhibit T is a response to COCOBOD letter, Exhibit S, requesting for quotation. And as I said, other companies received similar letters on the same day and as I said Exhibit S is meant to solicit information to help the procurement unit in the preparation for the notification for contract award. I also stated that the CODAPEC/HITEC unit also gets the prices from the company.”

This conversation, perhaps, did not go down well with the judge who quickly jumped in and stopped the lawyer from proceeding on that trajectory.

“Mr. Codjoe, you cannot be referring to a ruling by this court on the submission of no case. I have never heard this in my 40 years as a lawyer.”

Justice Honyenuga would later issue explicit directive barring Opuni’s lawyer from relying on the submission of no case ruling.

“In any case, counsel is just fishing from the ruling of the submission of no case which excerpts cannot be used for the defence’s case,” he maintained.

“Mr Dodoo, according to the prosecution, the letter Exhibit T was written when the application to PPA had already been done,” the lawyer asked.

Lawyer Codjoe was again stopped in his track when he tried to rely on the account of a prosecution witness.

“According to the prosecution, first accused influenced the procurement processes when the first accused wrote Exhibit Q dated 25th February, 2014 to the PPA, requesting for approval to sole source fertilizer for cocoa HITEC program for 2013/2014,” the lawyer asked.

But the prosecution countered, “My Lord if he is putting up his defence, he should be factual. We have never said the first accused influenced procurement processes.”

Justice Honyenuga pulled another shocker, pointing to the fact that the question asked by lawyer Codjoe should be reserved for only Dr. Opuni.

“These questions must be answered by the accused person. This man is only a witness…I didn’t want to say it but that’s it,” the judge declared .

Though the lawyer tried to win the judge’s favour, noting that the witness is someone who has “proper custody of all the documents” in question, he was unsuccessful.

Justice Honyenuga averred: “Counsel should have specifically referred to the particular prosecution witness who stated in his evidence to the court the statement he sought to refer to. In any case, counsel is just fishing from the ruling of the submission of no case which excerpts cannot be used for the defense case. The best evidence in my opinion is for counsel to refer to the particular prosecution witness and not generalise. In any case, DW1 (First Defence Witness) is not an accused person. In the circumstances, the objection is upheld.”

The lawyer proceeded and asked the witness, “Mr Doodo, you have in your hands Exhibit Q. Have you ever seen Exhibit Q before?

Ans : it was written by the procurement manager. When you look at the distribution list, the procurement manager is the last and moves up to director of audit, director of finance and the three deputy CEO. The letter is responding to PPA enquiry. my Lord the letter referred to a meeting between the board of PPA and management of COCOBOD which took place in 2008. The results of the discussions will be and is with the procurement unit of COCOBOD. And the letter referred to fertilizers and not a particular fertilizer that COCOBOD buys through sole sourcing and so this letter will not be coming from the CEO (Dr. Opuni) who was not at post as at 2008.

Q : why did the CEO sign this letter exhibit Q?

Ans : letters going out of COCOBOD have to be signed by the CEO of COCOBOD even though he doesn’t write letters.

Ans : yes , this letter was written by the procurement manager under my supervision as the director of finance. I must add that similar letters were written around the same time for different fertilizers and other agrochemicals, pesticides and fungicides.

Q: you mentioned that this letter was written by the procurement manager under your supervision. how did you supervise the writing of this letter?

Ans : when the procurement manager writes letters to be signed by the CEO, she will bring them to my office, I will look at it and make sure all I’s have been dotted and T’s have been crossed.

My Lord, at that time, the person in charge of procurement was doing a law course and sometimes she had to attend lectures so she will come to my office and beg me to do the submission to the CEO’s office for her. so I sent several letters on her behalf.

The judge adjourned the case to 13th and 16th December respectively for the first accused witness to continue with his evidence.