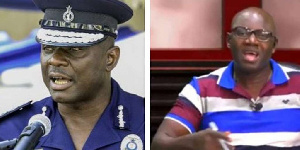 There was drama at the High Court-General Jurisdiction 8 when Justice Ekow Baiden in open court told lawyers for former Inspector General of Police (IGP) David Asante-Apeatu that they should slow down with their application for judgment in default of defence because “they do not know the people they are dealing with”.

Justice Annan in a tv broadcast on Net2 television accused the former IGP of being a fence for criminals in Nigeria and Ghana. The embattled presenter also accused the IGP of working in cahoots with criminals and on the payroll of top criminals in Ghana.

However, Mr Annan has evaded service continuously until lawyers for the IGP procured alternative service through newspapers and by pasting copies on the premises of Net2 television. Mr Annan has refused and neglected to file an appearance in court until lawyers for Mr Asante-Apeatus applied for judgment in default of appearance and defence which was scheduled for hearing in November. But after filing an appearance through the brother of Kenney Agyapong in October, Mr Annan has failed to file any defence to date.

On Tuesday 7 December 2021, lawyers for Mr Asante-Apeatus led by Sammy Darko attempted to move an application on notice for judgment in default of defence.

Although the lawyers had complied with all the rules and a copy of proof of service on lawyers of Mr Annan were on the docket, Justice Baiden asked them to slow down.

He admonished them to be careful with the action and in his own words-“counsel did not know who they are dealing with”. He went on to ask the lawyer;

Judge: You seem to be in a hurry to finish this case.

Lawyer: Yes, my Lord. And today being my birthday, I would have loved to move the motion and get a judgment for my client.

Judge: Laughs, you are a young man, how old are you at the bar, you don’t know the people you are dealing with.

Lawyer: My Lord, I am in my 5th year. I know the people I am dealing with. I have other cases against them before your sisters and brothers.

Judge: Laughs, I don’t know them. But I don’t want my judgment to be set aside

Lawyer: But my lord we have complied with all the rules.

Lawyer: My Lord, that will be difficult, if you look at the trajectory of this case, the defendant has been evading service from day one, it is difficult serving him, that is why we came before you previously for substituted service. But now, he has entered appearance through a lawyer.

Judge: Counsel, you say today s your birthday, if I were you, I will use my birthday to write a letter to the registry and let Clark together with the court look for him and service him. You don’t know the people you are dealing with.

Lawyer: But my lord, we have already complied with all that.

In the end, the judge did not allow for the motion for judgment for default of defence to be moved although lawyers for the IGP have successfully served the defendant through his lawyers at Kwame Gyan and Associates and there is proof of service on the docket.

The judge insisted hearing notice should be served personally on justice Annan and adjourned the case to the 13th of December 2021. 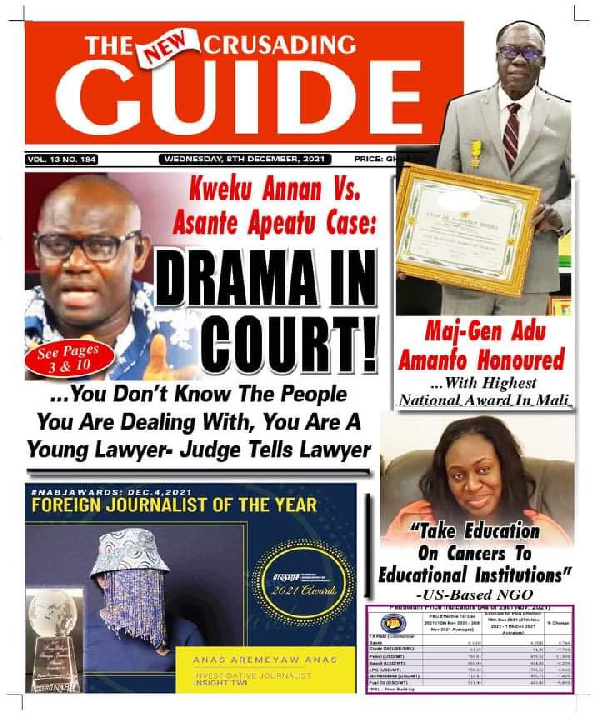 Three burnt to death while sharing fuel near naked fire