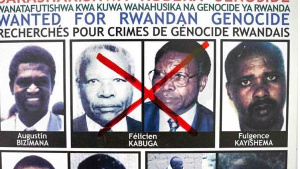 East Africa remains a haven for fugitives accused of committing the Genocide Against the Tutsi almost 28 years after the massacres, with the region hosting 785 fugitives of the 1,147 wanted criminals.

The Democratic Republic of Congo (DRC) and Uganda currently host the biggest number of wanted fugitives, 408 and 277 respectively as of May 19, 2022, according to figures by Rwanda Prosecution Authority (RPA). Tanzania hosts 52, Kenya 35, and Burundi 16.

This is despite these countries, with the exception of Kenya, being signatories to the UN Convention on the Prevention and Punishment of the Crime of Genocide, which obliges states to extradite Genocide suspects for trial to Rwanda or prosecute them in their own courts.

Article 3 of the UN resolution (S/RES/2950) 2014 urges states to “investigate, arrest, prosecute or extradite in accordance with applicable international obligations, all other fugitives accused of Genocide residing on their territories, including those who are FDLR leaders.”

So far, only 28 genocide fugitives have been extradited to Rwanda, with the majority coming from America — six. DRC and the Netherlands have extradited four each, Uganda three, and Congo Brazzaville and Malawi one each.

Rwandan prosecutors say they face many challenges but working with countries, especially lack of political will and tricks by fugitives to avoid arrest and extradition, including alleging they are being sought for political persecution.