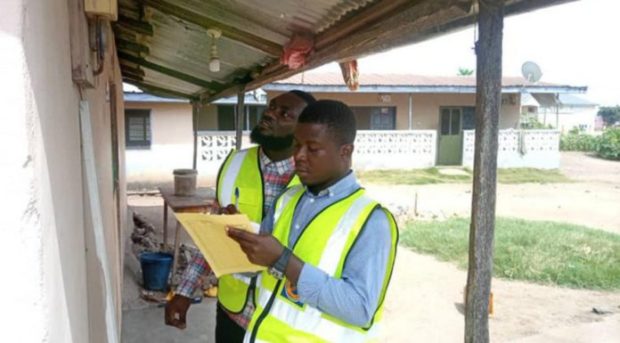 The personnel, divided into five teams and led by the Krobo District Manager of the Company, Ing. Edward Ochire conducted the exercise in various communities of the Kpong suburbs of Lorlornyo, Kpong station, Kpong Zongo, Star Villa among others.

Aside from the reading of the meters, the personnel also undertook a pre-installation survey ahead of the pre-paid metering system as well as checking of illegal connections.

The exercise, scheduled to run over the next few months, is intended to assist the Company to generate the monthly bills of its customers in the area.

Also involved in the exercise were officials of the National Commission on Civic Education (NCCE) and Police personnel drawn from the Akuse Police Command who provided security for the ECG staff.

Below is a full statement as released by the ECG on the exercise:

Related Topics:ECGmeter reading
Up Next