Ejura: Man crushed to death beyond recognition by truck 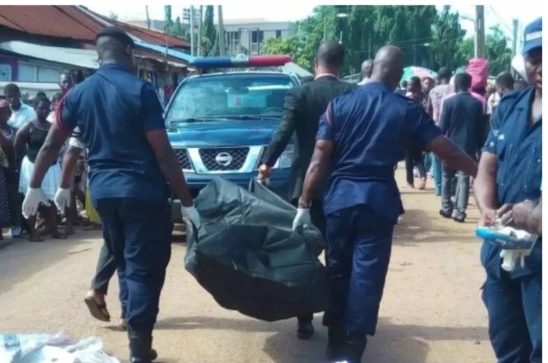 A man believed to be in his 40s, on a motorbike has been crushed to death beyond recognition by a DAF articulated truck at Ejura Mpaebo on Ejura to Atebubu Amanten road in the Ashanti Region.

The sad incident occurred on Monday night around 8PM.

The Ejura Police MTTD Commander, Chief Inspector Napoleon Omane in an interview with Naagyeifmonline.com, explained that the deceased who had gone to market and was returning to Kyenkyenkura was speeding and overtook a car but unfortunately crashed head-on with the truck carrying a container killing him instantly.

The driver of the truck has been arrested and helping in an investigation while the body of the deceased has been deposited at the morgue.

Ejurahene Barimah Osei Hwedie II upon hearing of the incident rushed to the scene and donated GHC500 for burial expenses, and advised that the deceased is given a befitting burial despite the extent of damage to the body caused by the accident.