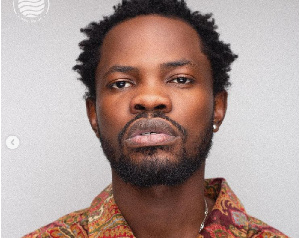 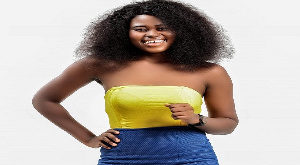 Leaving an abusive relationship is a gradual process – Actress

Peter Famiyeh Bozah, popularly known as ‘Fameye,’ has recalled an instance when he was totally ‘dressed down’ by a University of Ghana, Legon, student.

Giving a vivid narration of the encounter, the high-life singer said he unintentionally drove recklessly along the Okponglo stretch, nearly resulting in a crash with a ‘trotro’ (commercial bus).

Fameye said unfortunately, the traffic light turned red and he was compelled to stop.

He said the ‘trotro’ which he nearly bumped into stopped right beside him and he (Fameye) rolled down his glass, apologized and the driver accepted.

Narrating further, Fameye said out of the blue, a student alighted from that particular bus, pulled out his phone and started recording him whilst raining insults at him.

Fameye said he was verbally abused by the unknown Legon student who also threatened to post the recording on social media.

The ‘praises’ hitmaker said he maintained a calm composure throughout, but his team members flared up and before he could say jack, they got out of the car and seized the guy’s phone.

According to Fameye, with the student’s phone seized, immediately the traffic light turned green, they drove off.

He said the main intention of seizing his phone was to later invite him over so he can delete the video right in front of them.

Fameye said his team meant no harm but was only trying to protect his reputation.

But things took a wrong turn when the student hired a group of ‘Agenda boys’ to lambast Fameye on Twitter, a situation which compelled the highlife singer to rescind his decision and extend the days of keeping the guy’s phone.

But fast forward, Fameye wants to let go of the issue and release the phone but on one condition.

Beside demanding a public apology both in text and video form, Fameye has also requested to meet the guy in person so he can trash the video in his presence.

To that effect, he has dropped a number and a location.