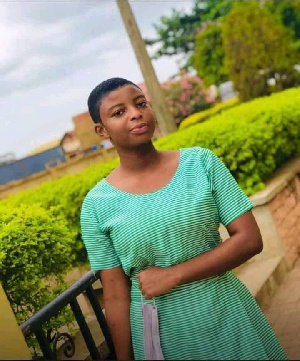 According to the family, they are not satisfied with the outcome of the autopsy report from the Komfo Anokye Teaching Hospital so they will be seeking a second opinion.

A family source who spoke to GhanaWeb on condition of strict anonymity disclosed that they have resolved to pursue that option because they are not satisfied with the outcome.

The source revealed that the decision by the family has been conveyed to the police and they are on standby for the second autopsy.

“As for that one, I am not convinced with the autopsy so we are working on the second one so we are yet to do the one so when we finish with the second opinion we will give you the briefing. The reason is obvious to all of you because it is like they are confirming what is in the public domain so that is the reason why I am not convinced. Let us put it there, I want a second opinion,” the source disclosed.

The Bono Regional Crime Officer of the Ghana Police Service, Superintendent Kennedy Adusei, has confirmed the second autopsy request by the family but says it is within their rights to do so.

“The family has indicated that they want a second autopsy, something within their rights so we are waiting for them to bring their own pathologist then we can go ahead.”

He however indicated with the outcome of the autopsy, the police have concluded their investigations and have subsequently handed over the body to the family.

Leticia Kyere Pinaman, a 14-year-old final year student of Miracle JHS was found hanging on a rope tied to a ceiling joint at the school’s dining hall on Monday, May 14, 2021.

The incident occurred while her colleagues were at the school’s auditorium having Bible studies.

The family of the deceased had prior to the commencement of police investigations suspected foul play.