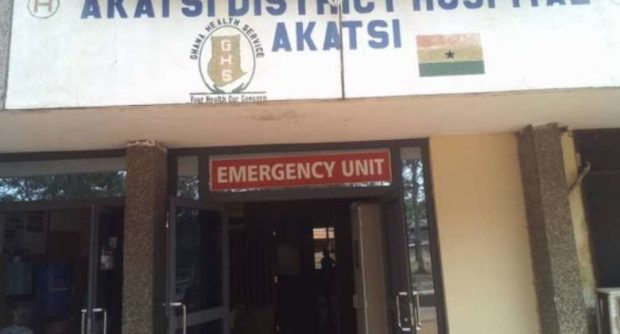 The main surgical theatre of the Akatsi Municipal Hospital in the Volta Region was on Saturday razed by fire.

The fire, which started around 1100 hours, on Saturday, however, did not extend to other units of the hospital.

Mr Karikari Bonsu, the Medical Superintendent of the hospital in an engagement with the Ghana News Agency (GNA), said the cause of the fire which they suspected to be an electrical fault, started from the ceilings after he had successfully ended an operation.

He said his outfit was able to salvage some surgical equipment such as monitors and others before the situation went scary.

Dr Bonsu also disclosed to the GNA the disaster could affect their surgical activities, adding “all surgical cases will be referred to the Ho Teaching Hospital since the theatre is completely down.”

He also indicated no staff or patient had been hurt during the fire outbreak.

Assistant Divisional Chief Fire Officer one (ACFO I) Mr Simon Wardie, the Akatsi South Municipal Fire Commander, told the GNA his men were able to douse the fire after an alert was given them.

Some staff of the hospital who interacted with the GNA appealed to authorities to complete the abandoned Akatsi hospital project which was 75 per cent complete.