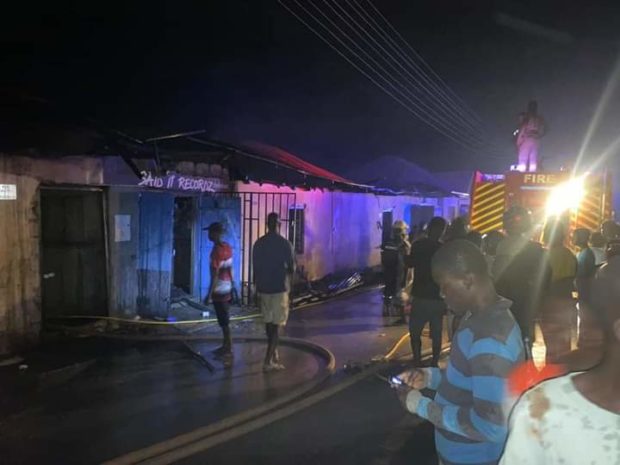 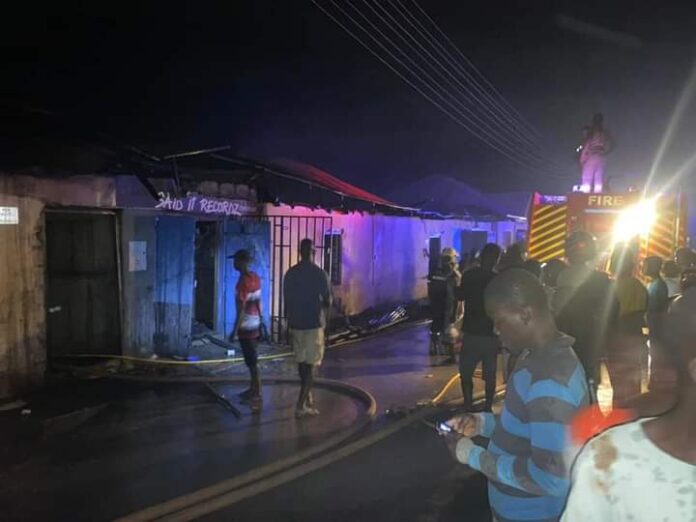 Several houses and shops have been destroyed in a fire outbreak at Akyem Osiem in Abuakwa North Municipality in the Eastern region.

Unquantified items and household properties were consumed by the inferno which has displaced over 30 occupants.

According to an eyewitness, the fire started around 5:30 pm Tuesday, February 1, 2022, from one of the affected houses and spread rapidly to the other houses and shops.

The Assembly Member for the area, Hon Seth Adu, said, he had a distress call about the incident and quickly called the Bonsu Fire Station but was told the fire tender is faulty.

The Bunso Fire Station relayed the information to Anyinam, Kibi and Koforidua Fire Stations who arrived with tenders to douse the inferno at 8:45 pm.

According to the Anyinam station Officer who led the team, Mr Amponsah investigation into the cause of the fire will begin today.

He, however, advised Ghanaians to be fire safety conscious, and always switch off all electrical gadgets before leaving home, especially during the harmattan season.

The Tafo District Police Command led by ASP Fred Kpetigo in charge of Police Personnel were at the scene to protect salvaged properties and direct traffic.

No casualty was recorded in the fire incident.

Meanwhile, the Ghana National Fire Service on Tuesday prevented the burning of electricity poles on Koforidua to Akyem Kukurantumi stretch of the Highway.

A serious bushfire along the road nearly burnt the electricity poles into ashes which would have caused a power outage in parts of Koforidua but for the swift intervention of the fire service.