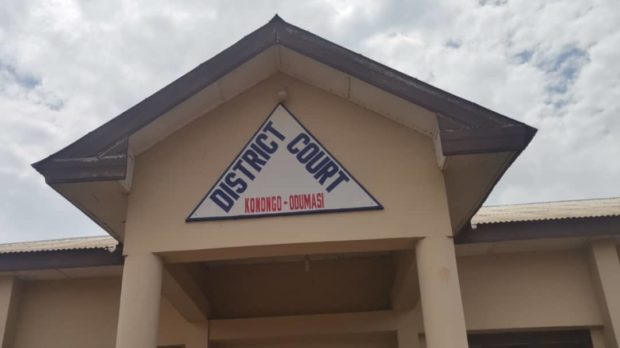 The juveniles who are  students of Konongo Odumase Senior High School are said to have killed a first year student, Larhan Sam-una with a kitchen knife on Saturday November 6, 2021.

The  Court presided over by Her Worship Joyce Bamfo , did not take the plea of the accused who are all second year student of the Konongo Odumase Senior High School

Speaking to OTEC News Lawyer for the first accused Richard Adu Darko said the court declined an application to get a bail for his client.

He added that the five boys were sent to a juvenile detention center at Juaso in the Asante Akyem South District because they were minors.

The Konongo Divisional Police Commander Chief Superintendent Shaibu Abubarka addressing the media after court proceedings said all police are yet to officially charge the juveniles.

He noted that they will speed up investigations into the matter to ensure that justice is served.

What we know so far

The police over the weekend picked up the five students over the death of Larhan Samu’un, a first year male student of the same school, on Friday 5 November 2021.

The commander at the Konongo district police station, DSP Osei Adu Agyemang, said preliminary investigations revealed that the suspects had led other senior colleagues to bully first years on campus.

“These five suspects who are all in Form 2, ganged up and decided to go to House Three and then bully the first years. They first attacked and assaulted some of them. They further moved to the mini market on campus and grabbed another first year student and attempted to drag him away to molest him but he was rescued,” the commander said.

“This action infuriated Emmanuel Osei Frimpong [the key suspect] who went and attacked a first year student but was stopped by the deceased. Feeling angry, the suspect pulled out a small kitchen knife and stabbed the deceased without any provocation,” DSP Agyemang said.

The management of the school has described the incident as unfortunate but pledged to cooperate with the police to ensure that the perpetrators of the act are brought to book.

“I want to assure the public that the school will give its maximum support in the investigation of the case so that justice prevails,” the headmaster of the school, Dr Benjamin Kwaku Baah, said.