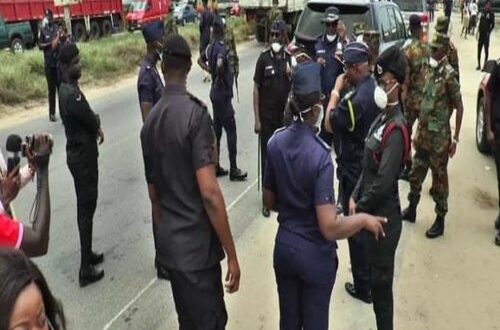 The Police says it has killed five suspected robbers in a series of special Anti-Robbery intelligence-led operations.

Some six others were also arrested in the operation conducted in the past 48 hours nationwide.

“During the operations, 6 robbery suspects were arrested and five others killed in a gun battle with the Police,” the communiqué indicated.

The Police further hinted at similar operations being undertaken in various parts of the country, including the Northern and Western North Regions.