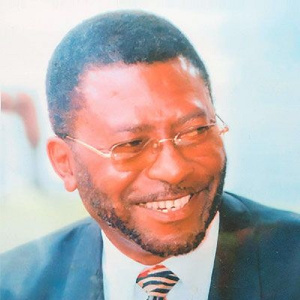 A former Mayor of Accra under the John Agyekum Kufuor era, Solomon Ofei Darko, has died.

This was announced by his son, Nii Doodu Darko, who confirmed the news to GhanaWeb over a phone call.

According to him, Hon Solomon Ofei Darko, the former mayor of the Accra Metropolitan Assembly passed on after a short illness at the Greater Accra Regional Hospital on 31st December, 2021.

The late former Mayor served under the Kufour-administration from 2000 through 2003.

The family is yet to announce details of his final funeral rites.

Solomon Ofei Darko was born on 26th January 1936 and died at the age of 86 years. Prior to his appointment as the Mayor, he had been the Environmental Programme Coordinator at the Borough of Hackney, London, UK.

Upon his return to Ghana in 1994, he joined Comptran Engineering and Planning Associates as a Programme Coordinator.

Hon Ofei Darko was also a past President of the Ghana Amateur Boxing Association (GABA).