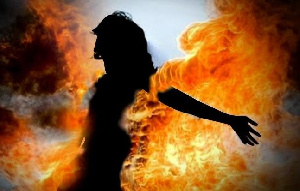 Cape Town Fire and Rescue services found two men and a woman burnt to death after they received an alert of a fire at an informal settlement in Phase 2, PW Mama Way in Langa.

According to Fire and Rescue Services spokesperson Jermaine Carelse, bystanders told them there were people missing.

Police spokesperson Sergeant Noloyiso Rwexana said the two men and the woman were 31, 27 and 29 respectively.

In the other incident, at around 02:45, a fire broke out in Saphepa Street, Nomzamo, a township just outside Strand.

“One of the structures was completely destroyed and an adult male sustained fatal burn wounds,” said Carelse.

Rwexana said Lwandle police were investigating the 22-year-old’s death and had opened an inquest docket.

The cause of both fires was still unknown.