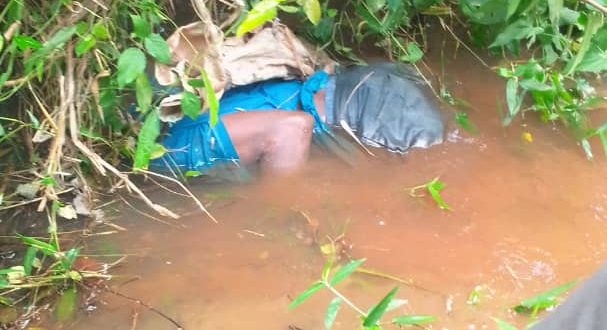 A lifeless body of a 63-year-old farmer has been found floating on River Bobo at Baakoniaba near Nyinahin in the Ashanti Region.

The deceased, Kojo Aguma reportedly left home to his farm and never returned until he was found dead the following day.

According to a police report sighted by MyGhanaMedia Online, on October 28, 2021 at about 10am, some residents report to the Nyinahin Police that on Wednesday, October 27, 2021, the farmer went to his farm and did not return home.

On the subsequent day, October 28, 2021 at about 8am, he was found dead floating in River Bobo near the Village.

“On receipt of the information, Police proceeded to the scene and found a male adult wearing blue T-shirt over black jeans trousers with haversack at his back lying in a prone position dead in the river covered with bush.

“On Inspection, abrasions were found on the neck and face. Photographs were taken for evidence,” according to the police report.

The body has since been conveyed and deposited at Nyinahin Community Morgue for preservation and autopsy.

However, the Nyinahin District Police Commander, Deputy Superintendent of Police (DSP) James Amegah said they have since initiated investigation into the incident to unravel the cause of death.

Related Topics:River bobo
Up Next

All Ashanti lands are mine, you can go to court – Otumfuo warns