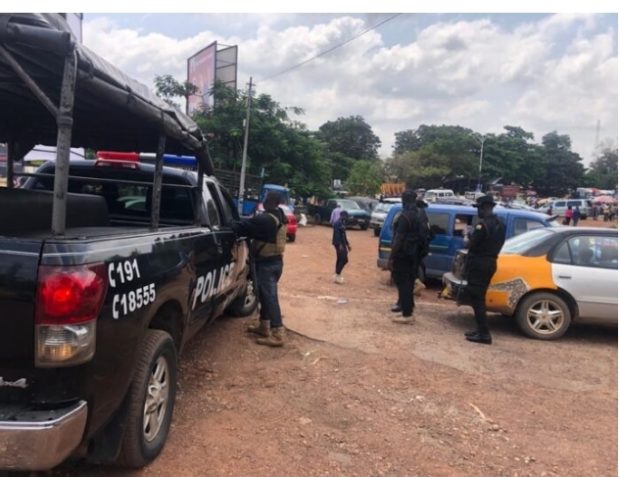 • A soldier was arrested for using an unregistered motorbike

• Six other soldiers stormed Suame Police Station over his arrest

Some six soldiers are reported to have stormed the Suame Police Command in the Ashanti Region over the arrest of one of their colleagues.

According to a report by Starr News’ Isaac Bediako Justice, the armed soldiers attacked the police command over the arrest of one Staff Sergeant Jamal who was detained at the police station for using an unlicensed motorcycle.

The soldier, upon his arrest by the police, is said to have placed a call to his colleagues who stormed the station with arms and ended up assaulting the police officer at post.

The Suame Police Station has currently been taken over by armed police reinforcement team deployed from the Ashanti Regional Police Command to maintain law and order following the incident.

Residents are reported to be living in fear as they are uncertain of what could come up next.

This recent attack is said to be the third time soldiers have attacked the Suame Police Command.

On June 7, 2010, at about 5 pm, a number of soldiers from Fourth Garrison, Kumasi, took the law into their hands and went on rampage as they brutalised Inspector Jacob Gyekye, Lance Corporal Opoku Agyemang Prempeh and Constable Hanna Serwaa, who were directing traffic at the Bekwai roundabout.

On the same day at about 7pm, Lance Corporal C.K. Mensah of Nkawie was severely attacked and assaulted by a group of military officers at Sofoline area while he was driving home.

A group of Soldiers in three military vehicles later proceeded to the Suame police station, vandalised radio equipment and other property and physically assaulted Corporal G.K Amedzo, Constable E. Ofosuhene and Constable F.O.Boateng while on duty.

Sergeant Peter Oppong, Sergeant E. Obuoman and Lance Corporal Zab Tetteh Mensah from MTTD on duty at Sofoline were also attacked by soldiers with hammers and were left unconscious. They were later rushed to KATH for treatment.

The second incident occurred on May 20, 2010, when some soldiers went to Suame police station and assaulted the officers for questioning their driver who was driving without a log book and a driver’s license.