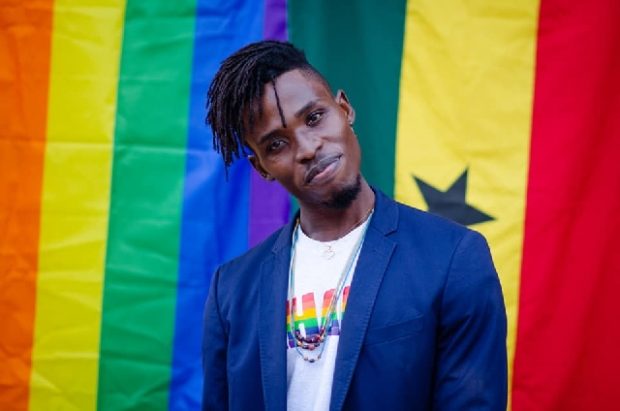 A young man has been assaulted by a mob at Nkawie on suspicion that he was gay.

This website gathered that the perpetrators did not only videotape their abuse to the victim but also released the gruesome raw videos online.

The attack took place at Nkawie in the Ashanti region. Rainbowradioonline.com further discovered that the attackers did not only physically abuse the victim but verbally assaulted him.

They allegedly slapped and kicked him before inflicting cane lashes on him.

One of them allegedly heated iron and attempted to attack the victim with it whereas another wielding a machete attempted to slash him with it.

A gay rights organization, Rightify Ghana has disclosed that while there used to be 3 – 4 cases per week, the cases have more than doubled since the anti-LGBTQ bill was sent to Parliament.

According to them, currently, there are 2 – 3 human rights violations against suspected LGBTQI persons per day.

While there used to be 3 – 4 cases per week, the cases have more than doubled since the far-reaching anti-LGBTQ bill was sent to Parliament.

Now, we are 2 – 3 of human rights violations against LGBTQI persons per day

Unfortunately, the victims are sent to the police afterwards