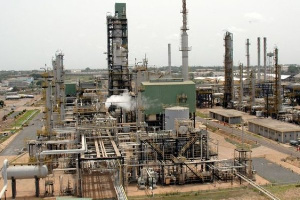 Dr Chris Kpodar, Chairman, and Chief Executive Officer of Solomon Investments Ghana Limited, has called on the Government to enter into a joint venture with reputable international oil companies to help revamp the Tema Oil Refinery.

Dr Kpodar, who is also a Chief Technical Advisor for the Centre for Greater Impact Africa (CGIA), said, to sustain the viability of TOR, which is the only refinery in Ghana, there is the need for government to look for one of the best oil refinery companies in the world and strike a win-win joint venture with them.

Dr Kpodar who served as Consultant for Africa and the Middle East, advising governments and companies on investments was answering a question on Ghana’s crude oil and the viability of the TOR, at a forum organized by the Ghana News Agency Tema Regional Office.

The forum was on the topic: “Artificial Intelligence and sustainable development.”

Dr Kpodar said there is the need to harness the modern technologies and ideas such as international industries especially those in the south possessed to be applied to the refining of Ghana’s crude oil instead of exporting it and importing already refined products into the country.

He added that by so doing, there would be a transfer of skills and knowledge from such experts to the local workers, while each would make the needed profit.

Dr Kpodar, who was formerly with the United Nations, indicated that artificial intelligence could then be applied to the skills and knowledge to ensure that modern technologies would be recommended by such intelligence over the period, even after the end of the venture.

Elaborating on the use of artificial intelligence to solve the various economic, environmental, and social issues of humans Dr Kpodar who worked with most French major multinationals said it harnessed human senses of touching, seeing, hearing, smelling, and speaking through a computer programme.

Dr Kpodar who was also among the top consultants to help set up the Ghana Association of Consultants added that Artificial Intelligence brought improvement to all aspects of life.

He said Ghana and other African countries must have the will to catch up with the world on the use of artificial intelligence as according to him, it had the solution to most of the problems they faced.

He indicated that if people do not learn the skills of artificial intelligence in Africa it would be difficult to catch up as no one knows what will happen to about 80 per cent of the jobs on the market in the next ten years.

Dr Kpodar said it could be applied to the management of the economy, agricultural practices, tourism, leisure, and industrialization, among others, and therefore called on the government to invest in it to derive the full benefit of it for the development of the country.

Mr Francis Ameyibor, GNA Tema Regional Manager emphasized the need for journalists to develop the capacity to understand the dynamics of artificial intelligence to lead the change process.

Previous Buhari meets Akufo-Addo ahead of Ghana-Nigeria clash
Next Ghana vs Nigeria: We have great players and we have a plan – Thomas Partey