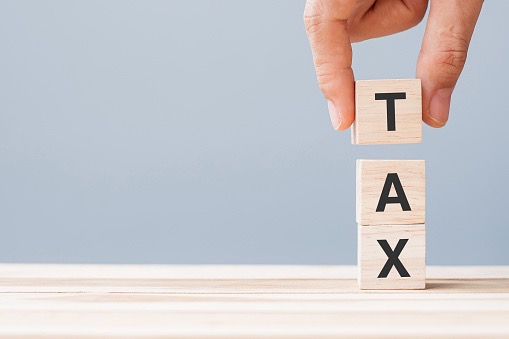 RICHARD AMO-HENE V GRA AND OTHERS: A CASE AT THE SUPREME COURT

Generally, tax laws are administered by the tax or revenue authorities of the country. In Ghana, the tax laws are administered by the Ghana Revenue Authority (GRA), with a Commissioner General (CG) of the authority. In the administration of the tax laws, the CG (as GRA) raises tax assessment on both individuals and companies. It is predominant that, the assessment raised by GRA do not meet the expectation or agreement of the taxpayer. Hence, the taxpayer may object
to the assessment raised and provide argument to support his position of his/her tax liability or why the GRA assessment is wrong.

The opportunity to object to the tax assessment by GRA has not been made easy by the tax laws.
To start with, the tax laws require the taxpayer who wishes to object to an assessment to pay 30% of the amount of assessment before the CG (GRA) will give the taxpayer the opportunity to object to the assessment. Secondly, the rules of the court (High Court rules) require a down payment of 25% of the amount before the court will entertain an appeal to the court in respect of the tax assessment. These provisions in the laws, in the view of the Plaintiff (Richard Amo-Hene), are not consistent with the provisions of the 1992 Constitution of Ghana regarding access to justice and right to fair trial.

Through his lawyers, led by Theophilus Tawiah-Managing Partner at WTS Nobisfields, he has filed this case at the Supreme Court to seek a declaration that the requirement for a taxpayer to pay 30% of a tax assessment made, before an objection to the Assessment can be entertained by the GRA, is unconstitutional and should be rendered null and void. He is also praying for the Supreme Court to declare unconstitutional, null and void, the requirement by the High Court Rules to pay 25% of the disputed tax before an appeal to court can be entertained by the High Court.

The tax laws require that, when the Ghana Revenue Authority (GRA) performs an assessment of tax on taxpayer, GRA should not entertain an objection to the assessment unless 30% of the amount is paid. A similar provision in the High Court rule also require a down payment of 25% of the amount being objected before an appeal can be entertained by the High Court. The taxpayer has a maximum of 30 days to file for an objection of a tax assessment made by GRA.

Specifically, Section 42(5)(b) of the Revenue Administration Act, 2016, Act 915 (as amended) requires a taxpayer to pay 30% of all outstanding taxes (in case of other taxes) before an objection to a tax decision can be entertained by the Commissioner-General (CG). For this reason, a tax decision to which an objection is not made within thirty days is final.
Again, Order 54 rule 4(1)(2) of the High Court (Civil Procedure) Rules, 2004 C.I 47 requires a taxpayer to pay 25% of the disputed tax contained in the notice of assessment before an appeal can be entertained by the High Court.
He is seeking four reliefs, the combined effect of which he believes will ensure that a taxpayer would have an unimpeded chance to freely object to tax assessment by GRA and even proceed to the court, where necessary, to seek justice.

He believes that his legal team has mounted a strong and convincing argument to support his case and that his effort to respond to his constitutional duty and right will be met.
B. Effect and Benefits of the Declaration
A decision in favour of the plaintiff will be a game changer in justice and tax administration in Ghana. To start with, taxpayers would not be required to pay the 30% or 25% of any tax assessment before an objection to tax assessment is heard by the CG. That is, cashflow will no longer be a hindrance to taxpayers for their cases to be heard by both the CG or the Court.

It is an expectation that, the Appeals Board will serve as an independent body that will resolve appeal cases without delays and without going through litigation. However, the taxpayer will not have the opportunity to appeal without meeting the 30% requirement.

Also, it a known fact that, the GRA Audit team or officers on many occasions have not exercised much diligence/accuracy in arriving at their conclusion. This is mostly from the fact that, once the assessment is issued, in the worst case, 30% of the amount is secured before one could have the case appealed. This subjects the taxpayer to cash flow stress in paying the deposit and hiring a consultant under the pretense that the taxpayer cannot freely object to the assessment.

The effect of this case will ensure a level playing ground where the GRA necessarily must prove every assessment made since the amount can freely be objected without cost to the taxpayer. GRA will be required to conduct a diligent tax assessment which is convincing enough and agreed upon by both parties to avoid an objection. This also requires that GRA will have to employ advanced technology and tools to assist the Authority to conduct a more accurate and less contest able assessment.

Furthermore, the GRA stands to benefit from the impact of a decision in favour of the plaintiff.

There are many instances where tax objection has led to significant reduction of tax assessment and hence expected revenue by GRA. Where advanced tools, technology and methodologies are employed, a more accurate and less contestable assessment will be the result, and this will lead to stable revenue expectation by GRA and government in particular.

The plaintiff believes that where his prayer is granted by the court, it will be a win-win situation for both himself, GRA (government) and all citizens with the duty to defend the constitution of Ghana.

The UK-Ghana Chamber of Commerce (UKGCC) was established in 2016 to promote bilateral trade between the UK and Ghana. It is the leading UK business support organisation in Ghana.

The UKGCC provides exceptional support for its members through the sharing of knowledge and ideas, creating platforms for building stronger networks and providing linkages with Government and its agencies. One of its key foci is to see Ghana become a significant economic partner for the UK as an export market, import source, investment destination and vice versa. It exists to further the business interests of its members across both countries and create more business opportunities.

The Chamber is backed by the British and Ghana Governments through the UK-Ghana Business Council and the British Chambers of Commerce in the UK.