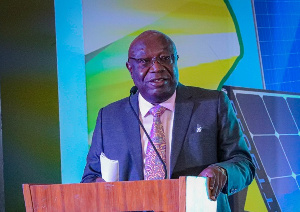 Ghana is expected to experience more acute climate hazards such as flooding, as well as more frequent and intense drought, a report on Ghana’s roadmap for resilient infrastructure in changing climate has revealed.

The 165-page report said, the consequence of the country’s climate change, has the potential to threaten the socio-economic development that had helped strongly to position Ghana as a middle-income country.

For instance, the report said, within the water sector, the climate risks included drought and flooding exposure that had the tendency to affect major water assets such as the Weija, Akosombo, Bui, Tono and Vea Dams.

In addition, river and other water resources which served as households use, often in smaller and rural districts were expected to experience droughts due to reduce river runoff.

This, according to the report which was put together within 24 months, in partnership with the Government, through the Ministry of Environment, Science, Technology and Innovation (MESTI), the Global Centre on Adaption (GCA), the United Nations Environment Programme, and the United Nations Office for Project Services (UNOPS), said, the reduce river runoff was likely to affect up to 1.3 million Ghanaians.

The Chief Executive Officer of GCA, Professor Patrick Verkooijen, who handed over the report to the Minister of MESTI, Dr Kwaku Afriyie yesterday in Accra, said, the increase in drought would further affect over 242,000 people who relied on the natural environment for household energy generation through wood fuel.

He mentions Wa East, Banda, Sissala West, Lawra and Wa West as the top five districts to be affected, with a disproportionately large impact on women and girls who were often responsible for fuel collection.

Professor Verkooijen said the development had specific implications for advancing toward the development objectives integrated in Ghana’s national policies and frameworks, including its commitment under the Paris Agreement and among others.

He, therefore, called for immediate investment in the area of climate adaptation, as these revelations needed an urgent programme and policy implementation to tackle the situation.

For instance, he said, it was now common to see roads, bridges, dams and school buildings washed away after a downpour.

“However, Government is focused on building a more sustainable and resilient society by putting in place measures that ensure we adapt to climate change impacts on infrastructures such as roads, dams, power distribution lines, homes, drains, and all structures that life revolves,” he said.