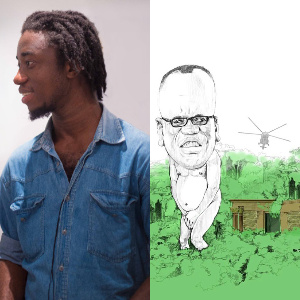 The art which connotates a deeper meaning was shared on Instagram on May 30, 2022.

The art captures the late Forest Commission boss covering his private part while standing in the middle of the Achimota forest in shock with a caption that read, “FOREST COVER. They say ‘don’t speak ill of the dead’ but when you live dishonourably not even death should save you.

“Ghana’s political elites continue to steal what is supposed to be sacred state resources and use these to generate wealth and social status for their friends and relatives and we are expected to respectfully take the piss. Art doesn’t solve this problem but it sure is cathartic.”

Speaking with GhanaWeb, the artist mentioned that his motive for putting the sketch together was driven by the praises the President of Ghana, Nana Addo Dankwah Akufo-Addo showered on Sir John after his passing which made him look like a saint.

According to the president, Sir John was a “Passionate devotee of the Danquah-Dombo-Busia political tradition, an outstanding stalwart of the NPP, strong defender of human rights as a lawyer, proud, a faithful adherent of the Seventh Day Christain Adventist faith.

“These were the multi-faceted aspects of the career and character of ‘Sir John’, which earned him great affection and considerable renown,” President Akufo-Addo expressed in his tribute to bid his friend farewell.

After Sir John’s demise, it has emerged that he willed some portions of Achimota forest to his relatives when the land is supposed to be a forest reserve.

Reports had earlier suggested that the government had sold the popular forest but the Minister of Lands and Natural Resources debunked the claim, saying some portions had rather been give to alludial owners, Owoo family. 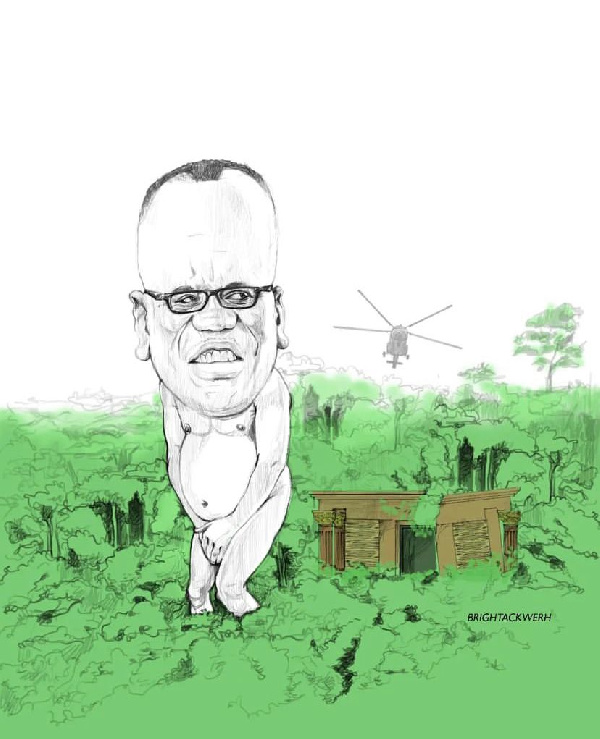 Previous VIDEO: Meet the tallest female basketball player in Ghana
Next Re-channel part of your SDR portions for Africa – Akufo-Addo to developed economies