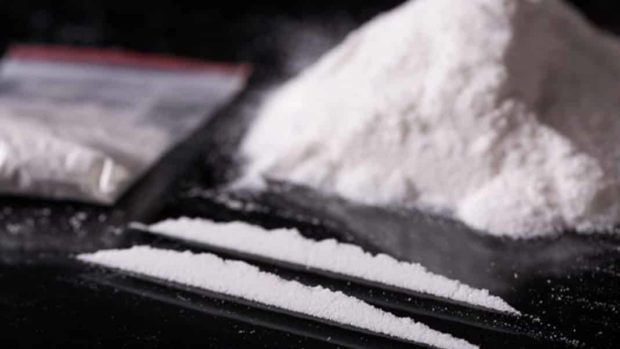 A joint operation by Ghanaian security officials and their counterparts from the United Kingdom has led to the arrest of a gang of drug traffickers.

The arrest led to the seizure of 38 kilograms of cocaine, estimated to be valued at £2.88 million.

A statement released by the Narcotics Control Commission said it began looking into the activities of the syndicate, which was moving the banned substance through the Kotoka International Airport in January 2021.

Eric Kusi Appiah was the first to be arrested at Heathrow Airport after moving cocaine from Ghana hidden in food boxes.

“On 14 May 2021, Albert Kaakyire Gyamfi and Jennifer Agyemang travelled through KIA to the UK and as part of the operational strategy. Upon their arrival at Heathrow Airport, on 15 May 2021, they were arrested for attempting to traffic into UK fifteen kilogrammes (15kgs) of cocaine worth one million one hundred thousand pound sterling (£1.1 million).

“The cocaine was found concealed in the base of the suitcase of Jennifer Agyemang. Forensic analysis also revealed a high reading of cocaine on the suitcase of Albert Kaakyire Gyamfi,” the statement said.

Julius Tetteh Puplampu, who is said to be an ex-convict who was jailed 10 years in 2012 for the same offence in Ghana, was also arrested at Heathrow after trafficking cocaine from Ghana by concealing it at the base of his suitcase.

“On 7 December 2021, two more individuals linked to the syndicate were arrested in Ghana for their involvement in the case,” the statement said.

Eric Appiah and Albert Kaakyire Gyamfi have since been jailed nine years. Jennifer Agyemang was sentenced to six (6) years and nine (9) months imprisonment.

It says it is committed to protecting the country’s borders from criminal drug syndicates.

Previous ‘You’re old enough to be my father – Schoolgirl leaks WhatsApp chat of headmaster proposing to her
Next Lack of incubators: Two infants mortality recorded at Agroyesum Hospital in 2022