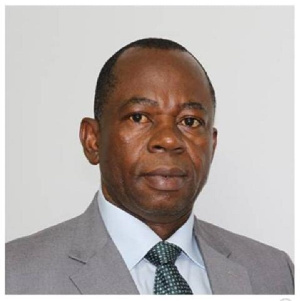 Ghanaian gets nod to represent ECOWAS at UN

A Ghanaian energy icon, Mr Mahama Kappiah has been appointed the Permanent Representative Ambassador of the Economic Community of West African States (ECOWAS) to the United-Nations, in New York, USA, a statement from the Regional entity says.

The release, copied to the Ghana News Agency said his appointment takes effect from May 1st, 2020.

He was the Executive Director of the ECOWAS Centre for Renewable Energy and Energy Efficiency (ECREEE).

Mr. Kappiah in his position as Executive Director, created and led ECREEE from inception in 2010 to become a full-fledged institution whose annual budget currently exceeds USD 15 million, from a modest USD 2 million, and this led to its replication in other regions of the world as a model for sustainable energy development.

The release said as Executive Director, he cultivated key partnerships to optimise fund mobilisation and sustained national and international partnerships to make its programmes and services a reference for African energy initiatives.

He received the African Energy Leader of the Year Award for outstanding performance and innovation in the energy industry, and the Green Future Leadership Award for leading positive social change in 2017 for his exemplary contributions to the renewable and energy efficiency sector.

The release said Mr Kappiah is a board member for key international renewable energy organisations, including the Renewable Energy Policy Network for the 21st Century (REN21), the Clean Energy Solutions Centre, and member of the Africa-Europe High-Level Platform for Sustainable Energy Investments (SEI Platform).

It said he would be succeeded by Mr. Bah Saho who would act as the Executive Director of ECREEE.

The release said Mr. Saho comes to the position with a wealth of experience spanning a period of over 25 years in the energy sector.

Previous VIDEO: These Were The Last Words Of Bishop Bernard Nyarko Before His Death
Next NSS personnel directed to resume work on Monday