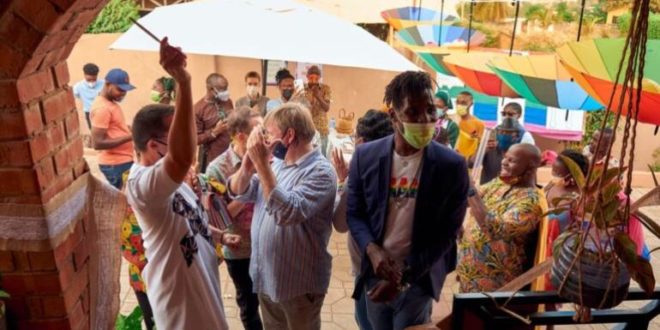 The LGBT+ group in Ghana is gathering momentum online to raise funds to acquire a permanent administrative office space in Accra.

This was after the opening and subsequent closure of their office in Ashongman in Accra last month.

The group on its Twitter page has indicated that it had managed to raise $37, 000.

According to them, the target is to raise $100, 000 to enable them purchase an office space.

Ever since their public appearance, while some say the practice when allowed will serve interests that are abhorrent to the culture and values of the Ghanaian people, others have insisted that the rights of LGBTQIs must be protected like anyone else.

Many religious bodies, Parliamentarians, Ministers-Designates, human right advocates, supporters of the movement and other relevant stakeholders, in particular, have all waded into the debate for the legalization or criminalization of homosexuality in Ghana.

But the President, Akufo-Addo has said it will not be under his presidency that marriage between persons of the same sex will be legalized in the country.

“For same-sex marriage to be legalized in Ghana, it will not happen in my time as President”, Akufo-Addo stated emphatically.

“I have said it before, and let me stress it again, that it will not be under the Presidency of Nana Addo Dankwah Akufo-Addo that same-sex marriage will be legal”, he stressed.