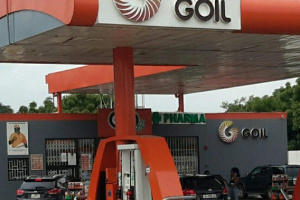 GOIL Company Limited (GOIL) has been inducted into the Ghana Oil and Gas Hall of Fame at the just ended prestigious 8th edition of the Oil and Gas Awards.

GOIL has already been inducted into the Chartered Institute of Marketing, (CIMG) Hall of Fame as it has taken control as the market leader in the sale of quality products and services such as premium gasoline, Super XP RON 95, which has been widely accepted by the Ghanaian.

The awards event was organised by Xodus Communications in partnership with the Ministry of Energy and was aimed at celebrating industry players who had gone the extra mile to carve a niche for themselves in the downstream petroleum industry.

Mr Kwame Osei-Prempeh, GOIL Group Chief Executive Officer told the GNA after the honour that GOIL had over the years made significant strides in transforming itself from a near-moribund state enterprise to become the number one Oil Marketing giant in the country.

He said the first significant step was the restructuring of the company from a state-owned one into a public-listed entity.

“Through the visionary leadership of the Board, management and the commitment of workers, GOIL was listed on the Ghana Stock Exchange in 2007.

“Over the past five years GOIL has recorded key milestones which have resulted in several accomplishments,” Mr Osei-Prempeh noted.

Some of the accomplishment he mentioned included rebranding of the company in 2012 which involved the changing of the company’s corporate logo, the adoption of a new slogan ‘Good energy’ and the complete face-lifting and revamping of existing stations as well as the expansion of the number of service stations.

Another milestone has been the achievement of ISO certification which was ratified in 2012. This has given an endorsement to the company to continue ensuring the quality of GOIL products and above all enforcing high standards in operations, health and safety.

Mr Osei-Prempeh who is also GOIL Managing Director said the establishment of Go Energy as a Bulk Distribution Company wing was a huge step for GOIL, GO Energy commenced full operations in 2015.

He said “with the setting up of GO energy, fuel products are now readily available on the market and needless fuel shortages have been avoided”.

Dr Mohammed Amin Adam, Deputy Energy Minister, commended the efforts of Xodus Communications, organisers of Ghana Oil and Gas Awards (GOGA), for raising the banner and profiles of stakeholders in the oil and gas industry.

He cautioned the industry players to strictly adhere to protocols in their environmental stewardship, efficiency, innovation, leadership, corporate social responsibility, as well as health and safety practices.

Source: GNA
Related Topics:Goil
Up Next

MoMo agents to strike on Thursday to oppose E-Levy