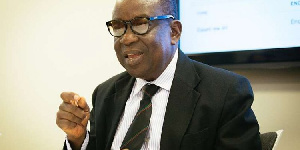 The government will on Tuesday, May 24, 2022, launch an anti-terrorism campaign with the announcement of a toll-free number to enable the public to report suspicious activities within their communities as the country seeks to ward off threats of extremists within the sub-region.

The number, 999 will connect to the country’s security agencies who will receive the information and take prompt action on them.

Edward Kwaku Asomani, the Deputy National Security Coordinator, at a press briefing on Sunday, said the public’s cooperation is critical to the government’s efforts to secure the country’s borders.

“You need to help the security and intelligence agencies. You need to report any suspicious activities that you see. We are of the view that when Ghanaians own their personal security and are conscious of their environment, it will reduce the threats of an attack on the country,” he said.

“We are launching this campaign on Tuesday with the 999 number. All the police social handles will be activated. When you call, you don’t need to identify yourself, so confidentiality is guaranteed. If we do this very well, we will all collectively reduce that [terrorism] risk that we face as a country,” he added.

The launch will take place at the premises of the National Security at 10am.

The campaign which will be launched on Tuesday will see government officials and agencies carry out education on the mass media.

Education will also be carried out in public places and within local communities through the information services department.

Meanwhile Minister for Information, Kojo Oppong Nkrumah, says the government has put security agencies on high alert over threats of terrorism in Ghana.

According to him, several efforts are underway to ensure that the country is protected from any form of attack adding that, the threats and attacks on Ghana’s neighbours require that the country puts in place adequate measures to avert such a situation.

“Government is announcing that it has put its security and intelligence agencies on increased awareness following the increasing number of terror threats and attacks and some worrisome intelligence report closer to our borders… As recently as the 10th of May in 2022 in Togo, about 10 military persons died as a result of one such terrorist attack,” he said.

The minister said already there are indications that a number of Ghanaians have been recruited to join extremist groups, making it necessary for Ghana to take immediate preventive actions.

“Increasingly, intelligence reports suggest that some Ghanaians have been involved in terrorist attacks in the Sahelian region. What this signal is that there has been the possible recruitment of Ghanaians by some of these terrorist groups in the West African sub-region.”