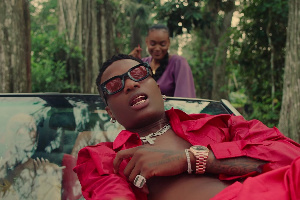 The Grammy Awards Academy has explained the reasons why ‘Essence‘ by Nigerian singer, Wizkid was not found in the ‘Record of The Year’ category.

In an exclusive interview with Billboard, the CEO of Grammy Awards Harvey Mason explained the reason Essence was not amongst the Record of the Year list, as many fans were concerned.

“I wasn’t nervous. I felt like we’d done a lot of important work on our membership. We’ve done a lot of outreach into different communities that we felt were maybe underrepresented in our voting membership,” he said.

“So I felt like the timing was right for our membership to be able to directly decide who the nominees were. That’s why we felt good with removing the nominations review committees at the time that we did I.”

“When he was asked why the Wizkid’s record didn’t make this record of the year list, he said; “It is a great record. He’s a very talented artist. I can’t speak to why it didn’t make it, but I do really love the record,” he added.