Home / BUSINESS / Green Ghana seedlings not for sale; free for all – Lands Minister 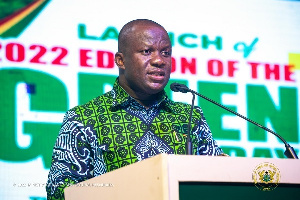 Green Ghana seedlings not for sale; free for all – Lands Minister 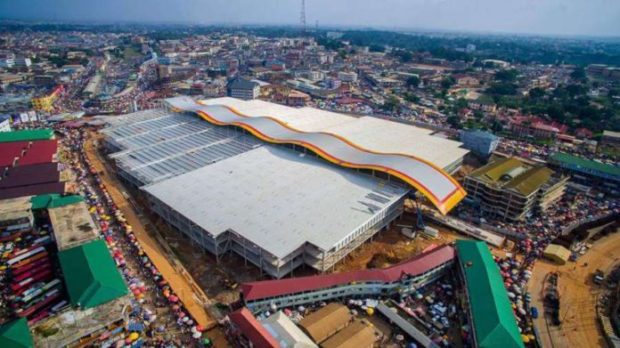 Minister for Lands and Natural Resources, Samuel Abu Jinapor has cautioned Ghanaians not to pay any amount of money for seedlings to be planted on the Green Ghana Day, come June 10, 2022.

He stressed that “the seedlings are not to be sold, they are for free, let no one lie to you and take your money. 20 million seedlings are being obtained for this year’s planting”

The Minister disclosed this during an interview on Peace FM’s morning show “Kokrokoo” on Tuesday, 7th June, 2022, while announcing that this year’s agenda is to first stop deforestation and secondly, pursue aggressive afforestation with a strategy to plant 10 million of the purported 20 million trees in degraded Forest Reserves.

He noted that with the other 10 million, the Ministry has engaged a number of institutions to adopt compartments to be branded in their name for the planting to be done there. Hon. Jinapor was quick to add that it’s however not too late for other institutions who want to be a part of this compartment adoption idea, to phone in and book for the needed arrangements to be done.

“Schools are also involved and that is why we launched the One-Student, One-Tree initiative in Cape Coast last Friday. So we are hopeful that on June 10, all students will come out and plant their trees” He Continued.

Calling on all to participate, the Sector Minister said “if this ambitious target of 20 million seedlings will be achieved, all Ghanaians would have to come on board to make it a sucess”.

The Minister further stated that the President will lead the trend to do the Presidential Commemorative Planting at the Efua Sutherland Children’s Park, followed by the Vice President in the North, Traditional Leaders, Otumfuo, the Northern Chiefs, the Chief Imam, parliamentarians, the diplomatic corps among many other national leaders.

He applauded former President John Dramani Mahama for accepting to plant on the slated date saying ” this is a Ghana Project and Not a Party Project and that is why I am so Grateful to our Ex President, John Mahama who has agreed to plant with us on June 10″

Speaking to issues relating to lands, Hon. Jinapor said he is disappointed about how matters on land are being handled in the country saying that “we cannot attempt to look at the issues of land from a partisan point of view as the Lands are for Ghana and not a particular party”

Answering the question on why the Ministry has given out up to 40% of public lands to the Asantehene based on some news reports circulating, Hon. Jinapor explained that the land was not properly acquired by the state because compensation was not paid and this he described a “historical injustice” done to the Ashanti Kingdom as they are the pre-acquisition owners.

He noted that the Past President’s have not erred in the course of their work in Land administration, as a matter of fact, the work they did is what the Ministry is continuing. “So it’s not as if we are cutting corners to give the lands out”

He sighted examples of various lands that have been returned to the pre-acquisition owners through Executive Instruments (EI) and the rightful law processes.

The Minister said he therefore has no justification to question their actions which was rightfully done based on the law and “Our only aim is to administer land matters with outmost transparency and integrity.  He concluded.

Touching on the Mines Sector, the Minister for Lands and Natural Resources said government is putting together appropriate policies and regulations in place to restore the waterbodies and forest cover in other to help improve the vegetation of the country.

He maintained that the Gold Katcha machines are one of the main mechanisms to help encourage responsible Small Scale Mining adding that some extra 300 of the Mercury- Free technologies will be soon added and this he assured will be distributed to Regions, naming Ashanti, Western and Savannah as examples.

Abu Jinapor explained how the machines uses limited water and do not contain mercury which he said will not go down to destroy the clean water bodies the country has left, adding that the mercury-free machine technologies recovery process is 90 percent free.

According to the sector Minister, “I know a lot of people who have to delve into legal small scale mining and have made it so other Ghanaians can emulate same to help us fight galamseyers together and this can not be done without your contributions.” He added. 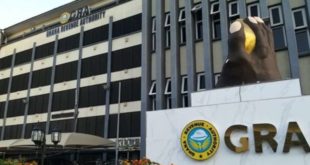