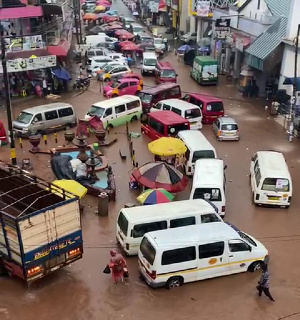 Commercial activities at Adum in the Ashanti Region came to a halt as about fifteen minutes of heavy rains rendered roads in the area impassable.

Some residents in the city described the development as worrying.

The frustrated residents are thus appealing to authorities in the city to develop pragmatic solutions to address the perennial flood in the metropolis.