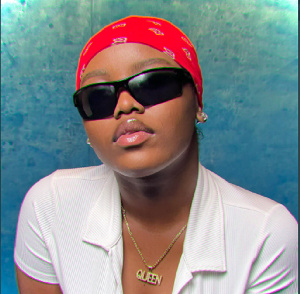 Ghanaian young artiste, Gyakie after making a global hit, went mute for a few months but kept things going with a couple of singles and collaborations.

Despite her wins, her senior colleague Blakk Rasta claims that she is nowhere to be found alongside Black Sherif after topping charts and being hailed by music lovers in the country.

“Where is Gyakie right now? Are you still hearing about Gyakie? You are an entertainment writer; look at the hype they gave to Gyakie and now she is nowhere to be found,” Blakk Rasta stated in an interview with blogger Attractive Mustapha.

In a quick response to Blakk’s unwarranted statement, Gyakie who is out with a new single countered the claim of being buried adding that Ghanaians are quick to set a standard for artistes after a big hit.

The ‘Forever’ crooner had this to say in an interview on Hitz FM: “I don’t think I am buried as Blakk Rasta thinks…People have set their minds to a certain target where (they) think if you are not able to do better with your current song as you did with your previous hit, it means you are not good enough.”

According to the female vocalist, she is not a one-time hitmaker as she continues to produce good tunes.