Home / ENTERTAINMENT / Gyakye Quayson is still an MP, he just can’t perform the duties of an MP – Gary Nimako 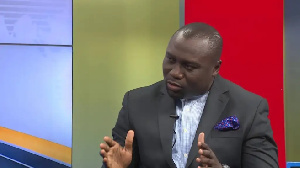 Gyakye Quayson is still an MP, he just can’t perform the duties of an MP – Gary Nimako

A member of the legal team of the New Patriotic Party (NPP), Gary Nimako Marfo, has said that James Gyakye Quayson is still a Member of Parliament (MP).

According to him, the ruling of the Supreme Court only bars Gyakye Quayson from going to Parliament and conducting any business of the house.

“… as it stands now, I hold the humble view that James Gyakye Quayson will remain a Member of Parliament but cannot go to Parliament because he has been injuncted,” myjoyonline.com reports.

Also, Gary Nimako, who is part of the legal team that won the case against Quayson, urged the Electoral Commission (EC) of Ghana not to proceed with arrangements to organise a by-election.

According to him, the EC cannot organise a by-election until the court determines substantive matters before it, including the case filed by Quayson on the interpretation of Article 92 of the Constitution and the forgery case filed by the Attorney-General against the MP.

Meanwhile, the Director of Legal Affairs of the National Democratic Congress (NDC), Abraham Amaliba, has indicated that the EC will not be holding a by-election despite the Supreme Court ruling that bars Quayson from holding himself as an MP.

“That is not possible. The Supreme Court, when adjourning today, said the substantive matter has been adjourned sine die until that matter is disposed of, nobody should be talking about by-election and how did they come to that conclusion?” he said.

The Attorney-General, Godfred Dame has, on the other hand, stated that there is nothing stopping the EC from conducting a by-election following the ruling of the Supreme Court.

The Supreme Court on April 13, 2022, in a 5-2 decision, upheld the decision of the Cape Coast High Court that bared Gyakye Quayson from holding himself as an MP.