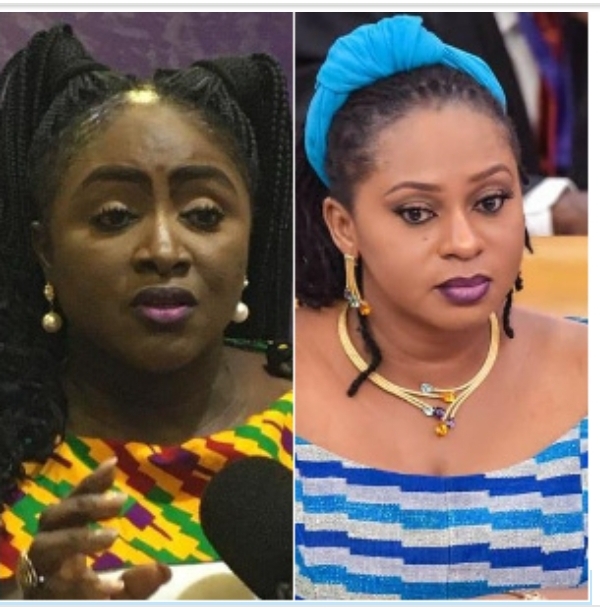 With the NDC MPs in parliament, led by Minority Chief Whip, Mohammed-Mubarak Muntaka, and the MP for North Tongu, Samuel Okudzeto-Ablakwa, the National Women’s Organiser of the National Democratic Congress (NDC), Dr. Hanna Bissiw, has also waded into the conversation.

In a video snippet shared of her speaking at a radio station and shared on Twitter, the outspoken Women’s Organiser is heard raining heavy curses on her fellow woman.

She added that if indeed Adwoa Safo claims to have been the person in the House on November 30, then all the curses should escape her.

It will be recalled that on November 30, this year, when Parliament sat, there was the need for the House to form a quorum to be able to take any major decisions on the 2022 Budget Statement and Economic Policy, which at that point, had been rejected days before.

Under very controversial circumstances, and with Joseph Osei-Owusu, the First Deputy Speaker of Parliament, presiding over the proceedings of the day, the Friday, November 26, 2021, rejection decision was overturned.

Sarah Adwoa Safo, who until that day, had not shown up in parliament since this meeting of the 8th parliament started sitting, suddenly appeared on the floor but her arrival was shrouded in a lot of doubts, claims and accusations from the Minority.

It is on this that Hanna Bissiw, reacting to the conversations, said the things she said of the Dome-Kwabenya MP.

The tweep, @Clickmanteaw, wrote: “Wow! So people can stoop this low just for political power? You ruin curses on a fellow woman in such a manner? Well women they say are their own enemies, so will she be given the opportunity someday to propagate issues bothering on women? Sad!”