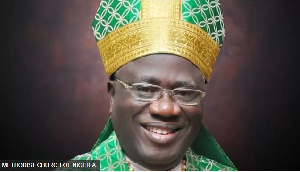 Nigeria’s senior most Methodist Church leader has been released by kidnappers barely 24-hours after he was abducted.

The Prelate, his Eminence Samuel Uche, was kidnapped along with two other clerics by unknown gunmen on the Lokpa axis of the Enugu-Port Harcourt Expressway on Sunday, May 29.

He was released along with the other abductees on Monday evening, May 30.

Local media portals quoted the police command, Geoffrey Ogbonna, as confirming the release but refused to confirm if any ransom was paid for their release.

The abduction comes at a time attacks on civilians have increased in the country’s southeast, where government forces are battling separatists fighting for a breakaway republic.