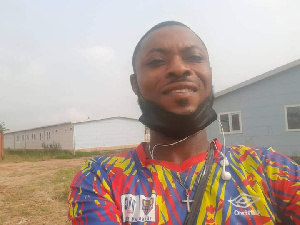 A popular sports commentator in Bibiani in the Bibiani Anhwiaso Bekwai Municipality of the Western North Region has allegedly been beaten to death by unknown assailants.

Issac Asare, popularly known as Maazoa Newman, 34, was a freelance sports commentator for many media houses in the region and others.

He was rushed to the Bibiani Government Hospital but referred to the Komfo Anokye Teaching Hospital where he passed on Thursday.

Maazoa was not only a sports commentator but also chairman of the local chapter of Accra Hearts of Oak Universal chapter Union. He was also a serial caller for the opposition to the National Democratic Congress.

The body of the deceased has been deposited at the morgue pending autopsy.

Superintendent Seth Sawurnu Bibiani, the district police crime Officer confirmed the incident adding said no arrest has been made so far.

Previous I can be impartial, not neutral – Speaker Bagbin
Next Ghana’s richest investor in banking is worth over US$9 million – Report