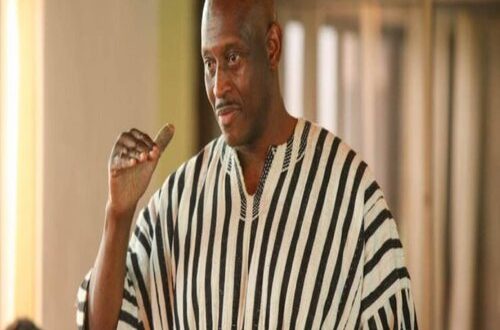 The Board Chairman and President of Ghana Rugby, Herbert Mensah has been suspended indefinitely by the board of Ghana Rugby for abuse of office.

The decision comes on the back of a petition from the Ghana Rugby Union Players Association to the Rugby Board accusing Mr. Mensah of some offences such as conflict of interest, unilateralism, and physical assault of players and coaches.

In view of that, Mr. James Nunoo, a board member and Vice President of the Association has been appointed as acting President and board chairman while the group waits on a proposed June 8, 2021 to elect a substantive board chairman and President.

The Ghana Rugby Players Association (GRUPA) in April sent a nine-paragraph petition to the board, asking for Mensah’s removal for gross abuse of his office.

In the petition, Herbert was accused of conflict of interest, stifling players from playing abroad, physically assaulting players and coaches, creating and funding the formation of rival players’ association among others.

The former Asante Kotoko CEO has been President of Ghana Rugby ever since he independently revived the sport more than ten years ago.

See the suspension letter below: 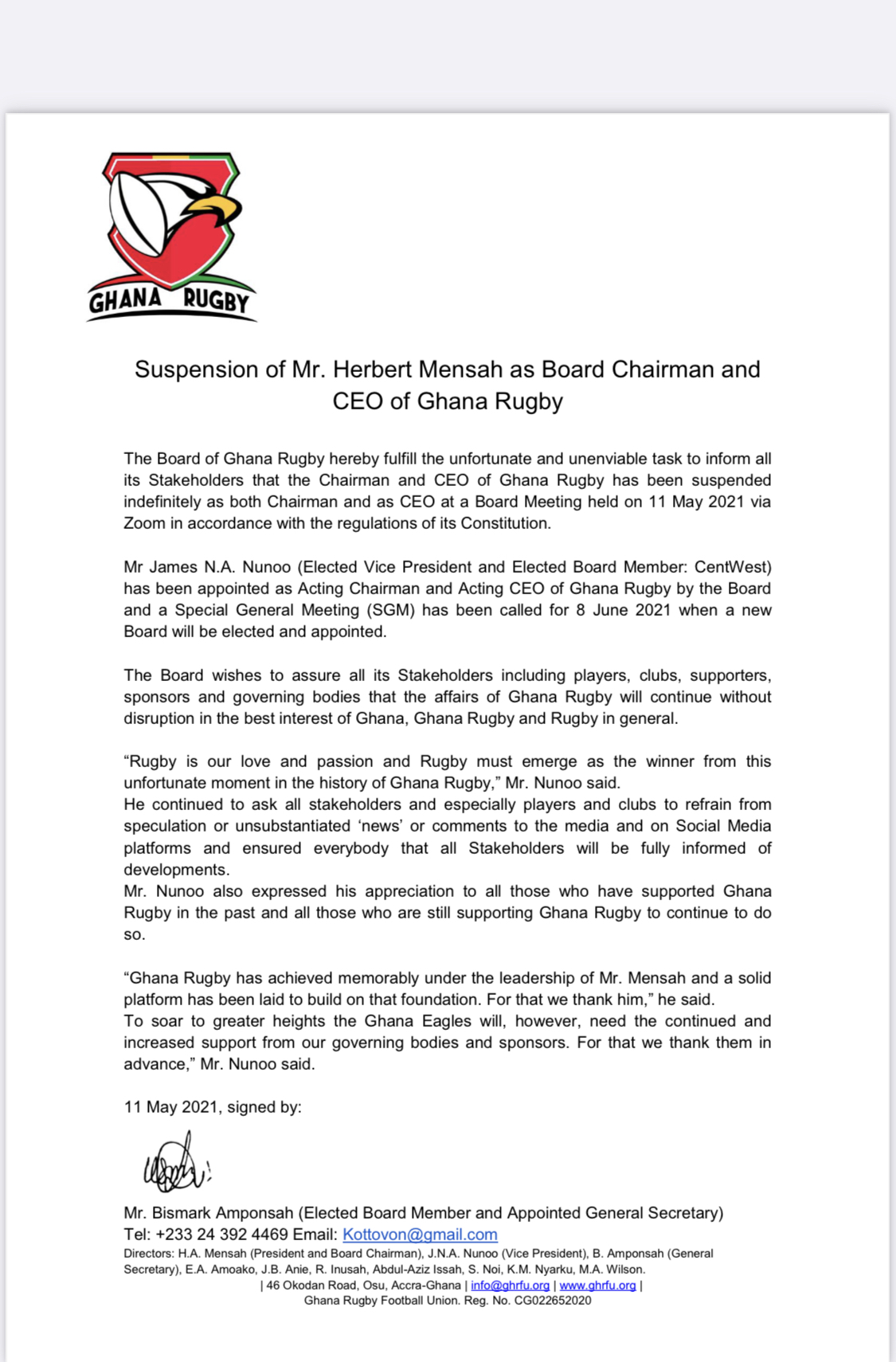