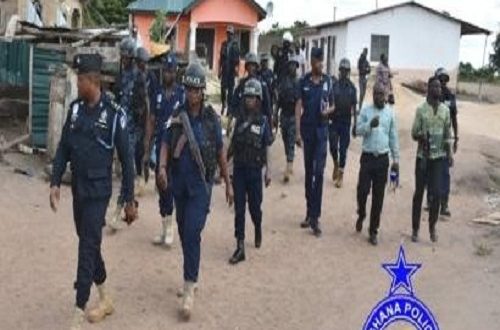 At least 17 people have been arrested in the Oti Region on suspicion that they were Togolese attempting to partake in the ongoing Voters’ Registration exercise.

The arrested persons were said to be in a queue waiting to register when two men who claimed to be members of National Security alighted from a patrol car to interrogate the applicants.

According to eyewitnesses, the security personnel interrogated the arrested persons in French and any of them who responded well in French was picked up as a suspect.

Reports suggest that about 17 persons were apprehended but one suspect took to his heels, forcing the arresting officials to fire warning shots but the suspect successfully escaped.

In spite of the community headteacher’s insistence that the 17 persons were Ghanaians, five of them were transported to the police station.

This brings the arrest of suspected Togolese, since the commencement of the Voters’ Registration exercise, to about 30.