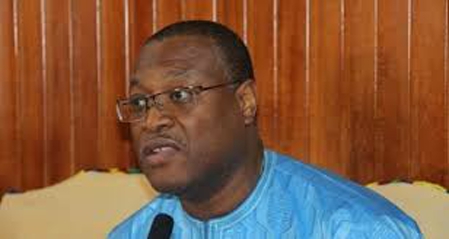 A former Health Minister under the erstwhile Mahama administration, Alex Segbefia is saying that President Akufo-Addo is using his position to campaign whilst addressing Ghanaians on updates in the fight against the novel coronavirus.

According to him, President Akufo-Addo used the platform to campaign because the 94 hospitals he has promised to build are unachievable, saying it is only to gain political points from Ghanaians.

Reacting to the President’s eighth address, in which he outlined a grand plan to building 88 district hospitals and 6 regional hospitals within a year, Mr. Segbefia, in an interview on the Happy Morning Show (HMS), with Samuel Eshun said, President Akufo-Addo deviated from his speech as compared to the previous ones he made and ventured into the realms of politics with his latest update.

He added that, “The Finance Minister is even lamenting that there is no money. In his latest piece, he argued that economies around the globe are suffering and some are about to collapse because of COVID-19. It is impossible for the government to build such hospitals within or in less than a year.

Ghana’s President, Nana Akufo-Addo has said his government will start putting up 88 hospitals in 88 districts that have none. This is to boost health delivery across the country.

Nana Akufo-Addo said this when he addressed the nation for the eight-time on the coronavirus outbreak.

The President admitted that the pandemic has shown the loopholes in the Ghanaian health sector and promised to resolve as many of them as possible.

Also, seven (7) of the hospitals will be built in Upper East, five (5) each in the Northern, Oti, Upper West, and the Bono regions, while four (4) will be built in the Western North and Western regions.

Meanwhile, the Ahafo and Savannah regions will have three (3) district hospitals, two (2) in Bono East, and two (2) more in North East regions.

The former Finance Minister, Seth Terkper has argued that Ghana cannot continue borrowing to finance projects. He said the spree of borrowing is worrying and unnecessary.

“Let me grant that we have the capacity to borrow so much money, why did we rush to the IMF for COVID-19 for US$1 billion, and why did we have to go and raise the Stabilization Fund to take all the money out”, he stated.