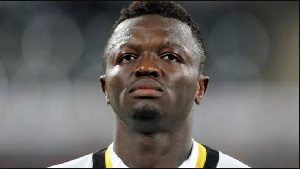 There has been a narrative about the Black Stars to the effect that foreign-based players usually get preferential treatment as compared to local-based players.

Though the narrative has existed for ages, there has been no official reason given for this rather unfortunate practice in the national team.

However, many believe this unfair treatment of local players is due to the stereotypical view held by Ghanaians that anything foreign is better than the local version.

Former Black Stars midfielder, Derek Boateng, has given it some life after recounting how GFA officials treated local-based players during a trip to England to play a friendly against Brazil in 2011.

Boateng in his narration said the FA separated the local players from the foreign players, putting the latter in the economy while the former were in the business class.

“Nobody has ever talked about this issue before, we were going to play against Brazil in England. We had played a game here in Ghana and had won by 3 or 4 goals and had to go to England and play against Brazil. (In the plane) they put some of us, Me, Sulley, and some of the senior players in the business class and ut some of the local players and the young players in the economy while the officials are sitting in the business class. Can you imagine?”

He continues that Sulley Muntari who was not pleased with the FA’s act urged all the foreign professionals to move to the economy leaving the business class for the officials.

“I was sitting and Sulley came, he calls me junior. He said ‘Junior look at what they have done and I asked ‘what happened? ‘some of the players are sitting at the economy and look at the officials they are sitting in the business class'(Sulley responded). So he called me and said ‘let’s go and sit with them at the economy.’ So we all left and sat with them at the Economy. Within five minutes, they(officials) came and said all the players should come to the business class, we are coming to sit at the economy. We said ‘we are enjoying it here, we are happy here. They should enjoy the champagne and everything there but we will be happy to sit here with our colleagues,” he said on Untold Stories TV on YouTube.

Ghana lost the friendly 1-0 at Fulham’s Craven Cottage. Leandro Dameo scored the only goal in the exciting match.

Previous I still lost after paying GH¢1,000 to each delegate – Asare Bediako cries
Next I pretended I was also dead – Brother of murdered lawyer gives full details