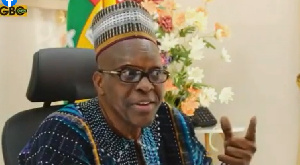 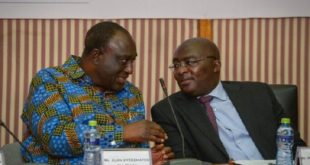 Speaker Alban Bagbin says he is as impartial as possible

Bagbin believes detractors are accusing him of untrue bias

Bagbin wants Parliament to take on a new direction

Speaker of Parliament Alban Bagbin has again reacted to allegations that he is biased in the line of duty as leader of the lawmaking chamber.

The year-old Speaker insists that he remained committed to being as impartial as possible when presiding adding that he puts his best foot forward despite his limitations as a human being.

“This Parliament I have made clear that I will do all I can to be as impartial as possible. I am human, I don’t know it all, I can make mistakes,” he said in an interview that aired on state broadcaster GBC on December 30, 2021 on the Momeen Tonight show.

“But to be categorized as being biased or obstructing government business or being partial is just a figment of the imagination of people who are stuck to the old order where they are used to power.

“The power of the majority, this is what we want and we must get it. That is the position. If not, my rulings have shown that I have disagreed with both majority and minority at different times and so it is only a surprise that because some of my colleagues don’t understand that the 8th Parliament of the 4th Republic is completely different from the other Parliaments,” he continued.

He further stressed that the House he leads needs a radical change because there is a clear change from this house to all previous chambers since 1993.

“There is a change. A change of composition, a change of focus and direction and that needs a different type of leadership. We cannot continue to use those old rules, we have to develop new rules. The rules that will push forward the decision of the good people of Ghana,” he stressed.

Bagbin rose to become speaker in January this year after winning a contest that involved the then sitting Speaker Aaron Mike Oquaye.

On January 7, 2021, as the current Parliament convened to elect a speaker, his name popped up as the preferred candidate by the main opposition National Democratic Congress as against the candidature of the then outgoing speaker, Aaron Mike Oquaye, of the governing New Patriotic Party.

After a rancorous voting process which involved shouting and hurling of invectives by Members of Parliament-elect, kicking of voting booths and snatching of ballot papers, not to talk of a military invasion of the chamber, Alban Bagbin was elected speaker.

Whiles the NDC insists he won the vote outright, the NPP said he was a consensus candidate between the two sides of the house. The NPP agreed to play ball because they had a presidential inauguration to attend, which event the Minority had said they will boycott. 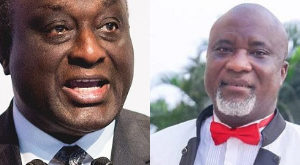