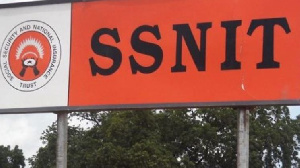 Former President, John Dramani Mahama has reacted to a news reportage that the Social Security and National Insurance Trust (SSNIT) said his suggestion to give a token to contributors during this period the country is fighting the coronavirus was a violation of its operation.

Rubbishing that claim, Mr. Mahama stated categorically that he didn’t ask SSNIT to act illegally, rather, he advised them to take steps by consulting government to amend the National Pensions Act, Act. 766.

This amendment of the Act when passed would allow SSNIT to give out some monies to contributors to lessen their burden in the wake of COVID-19 until the virus is contained and are able to go back to work.

The 12-year-old lawmaker said, “I was surprised to hear the response of SSNIT…I’ve been a member of parliament for 3 terms…so I know the National Pensions Act. Act. 766 is what governs SSNIT in terms of its operations, but as an experienced member of parliament, allowance is made for amendments to Acts in order to allow state institutions to do certain things so when I made the suggestion, I was not suggesting that SSNIT should act illegally by paying those monies.”

Mahama reiterated that SSNIT and government should consider amending the Act so that SSNIT could make those payments to its contributors.

He asserted that SSNIT contributions are not only meant for pensioners but also works as a form of insurance to cushion members from difficult times such as COVID-19, he noted.

Mahama made this clarification in his second digital conversation with Ghanaians on Thursday, April 30, 2020.