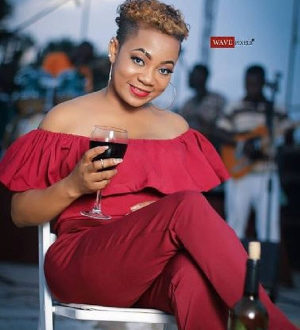 Speaking with Zionfelix recently, Vicky Zugah disclosed that when she watches some of her videos from the show at home at a later date, she mostly gets wet.

According to her, that does not usually happen on the show itself because she controls herself and acts professionally when she is on the show; however, the same cannot be said when she finds herself at home later and enjoying the show.

Asked how she deals with it, Vicky Zugah hilariously stated that shemisty gets a grip of herself because she has grown to understand that one should not have s3kz anytime they feel the urge to do so.

Previous Otumfuo, Chief Imam and 5 other non-politicians who command a lot of power
Next Ghana will soon be a giant in ICT- Ama Pomaah