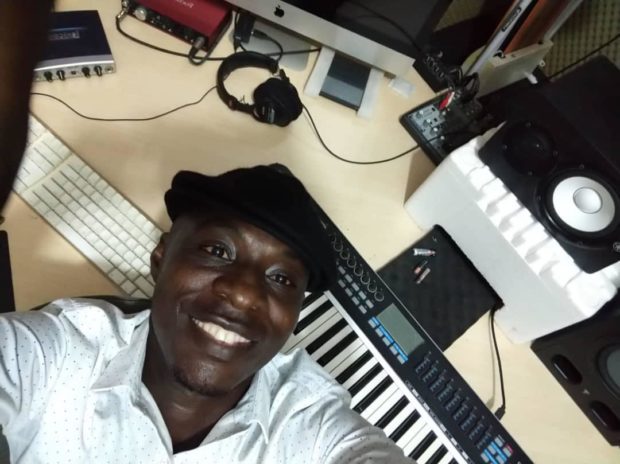 Speaking to some selected Bloggers at the just ended media after attending the just-ended 2019 3 G awards in the United States of America said that, one does not need to be on stage only to be classified as a musician.

Known in real life as Nana Osei Bonsu. He stated that he has been investing and sponsoring a lot of musicians across Africa.

About him
Nana Osei Bonsu was better known in the entertainment industry as Jamson is one of the prominent highlife composer, songwriter and musicians, who has contributed greatly to the success of Ghanaian contemporary high life in the late 90’s. Jamson first commercial song came out in 1998 under Slip Music all star project dubbed Afihyia Pa, which featured the likes of Adane Best, Lord Kenya Nana Quame, Daasebre and all-stars under Slip Music then. He also worked on Slip Music Dance Album, he composed and co-written some of songs on it, and also had his own song on the album which featured legendary Daasebre dubbed 3y3 Onoa.

Jamson has been the man behind so many hit songs in Ghana both circular and gospel music, written and composed hit songs like Gye Gye Me So by Ewurasi, Holy Ghost Fire by Mary Owusu, Ko Ye Mehoa Ade3 by Nana Quame and also worked and featured on Nana Quame’s Odo Shock Album and so many others. Nana Quame’s Akye Saa song with Samini was composed and co-written by Jamson, and Cee of Mentor fame current song was written and composed by Jamson. Jamson is the idea, writer and composer of the famous Adom Tv jingle, which is the longest running jingle on Tv in the history of Ghana.

After successfully written and composing hit songs for others, Jamson decided to come out with his own solo album project in 2002 under Slip Music and in 2004 he released another album under Liberty Records and several singles. With his many years of experience as a musician and a writer and a composer for other musicians as well, Jamson set up a record label called 7 Pillars Entertainment to impart his knowledge on the new generation musicians and to contribute to the industry betterment.

In 2019 he signed on King Nzima, a relative to legendary Lord Kenya to 7 Pillars Entertainment, and they released a single dubbed I’m Ok which is doing well. 7 Pillars Entertainment has a recording studio which is commercially available for any recordings works, mixing and mastering, voice overs, jingles and beats productions. Jamson is known as the musical hub and a one stop shop for everything musically

BETWEEN MEMORIES AND FORGETFULNESS: A Focus on Monuments in Kumasi