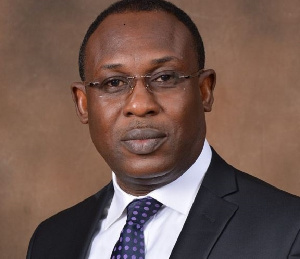 Vice President of IMANI Africa, Kofi Bentil, has urged the Ghana Football Association to shut the door on ‘opportunistic’ players who in his view want to take advantage of Ghana’s qualification to the World Cup.

Kofi Bentil has observed that some footballers who ply their trade in Europe and previously rejected Black Stars call-ups are all of a sudden interested in playing for Ghana.

In his estimation, those players, though Ghanaians are looking to leverage on the country’s qualification to the World Cup and market their talents.

He questioned their commitment and love for the country and urged the FA to be wary of such characters as it could negatively affect the team.

According to him, the players who worked hard to attain Ghana’s qualification for the World Cup should rather be prioritized over players who in the past snubbed call-ups to the Black Stars.

“Some people now want to play World Cup with Black Stars? We love Ghanaians everywhere except those who think we are stupid fools so they can walk in and take undue advantage of us! I hope we are not that foolish. Honor those who worked!!,” Kofi Bentil wrote on his Facebook page.

Since their qualification for their 4th World Cup, several players of Ghanaian descent have shown interest in playing for the West African country.

While some football fans feel it would be proper to beef up the squad with some of these players, the vice president of IMANI Africa thinks otherwise.

Some players like Callum Hudson-Odoi, Eddie Nketiah, Tariq Lamptey, Inaki, Nico Williams are now willing to accept advances by the Ghana Football Association for them to play for Ghana.