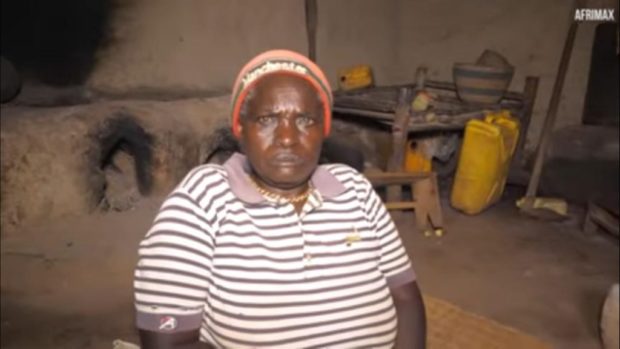 A Rwandan woman has made a passionate appeal for a husband after spending her last 70 years celibate.

Madam Genevieve, who has never been in a relationship due to her disability in her lower body, said she is now ready to explore sexual adventures.

She told media men from Afrimax TV that the lucky man must fulfill the obligation of wedding her and settling other responsibilities of hers.

Preferably, the man must be at least 21-year-old and strong enough to bring her joy.

“I would have any as long as we live together. He should be 21-years-old and be willing to take me as I am”.

Asked why she had never had sex during her younger period, Madam Genevieve simply replied that she did not have energy for such.

The reason being that she was still coping with her disability in her legs, with the hopes of perfecting her single living.

With no man expressing interest in her during her mid ages, Genevieve said becoming a nun became her ultimate aspiration.

However, that was not to be as only educated persons were accepted into the community parish, and she lacked formal education.

She said she was made to understand that being a nun is not a second option, but a devotion and sacrifice.

Since then, Madam Genevieve said she has always yearned for a partner, but she feels it would be a wish she will never fulfill.

It is for this reason that she made her appeal public via the national television platform.