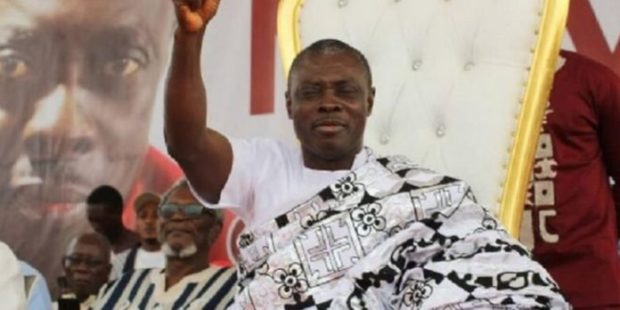 I will make Russia an ally in my government – Kyiri Abosom

The founder and leader of the Ghana Union Movement (GUM) party, Pastor Kwabena Andrews, popularly known as Osofo Kyiri Abosom, has indicated that Russia would be an ally of his government when he becomes President.

Russia is currently at war with Ukraine, and has captured Kherson, a city which sits at a strategic location west of Ukraine’s Dnipro river.

Kherson is the first major Ukrainian city among previous others captured by the Russian troop on March 3, 2022, since the invasion in February.

The invasion has been described by political blocs as illegal, and as such, Ukraine has been weaponised to defend itself against Russian, with the UK promising more weapons to fortify the country against the advancements of the invader.

“Britain will supply scores of artillery, guns, drones and anti-tank weapons to Ukraine in the coming weeks,” the UK Defence Secretary Ben Wallace is reported to have said in an update to Parliament.

Osofo Kyiri Abosom however is one of the political leaders who seem to be gravitating towards Russia’s side having indicated his intention to form allies with the country.

“If I become the President of Ghana, I will let them come and let them use their guns and bombs and other weapons; I am fascinated by them [the weapons],” he said on Y’adwumanie show on Angel FM, hosted by Ohema Woyeje.

According to him, there is the need to “secure our country so that things our fathers allowed people to mishandle will end” adding, “If someone plans to destroy the castle right now, it is very easy because we have no weapons”.

He went on stating that times are changing with technological advancements for which reason the country has to adapt to the change but not to resort to prayer because Christians committing such mistakes by resorting to praying “allows some of these things to elude us”.