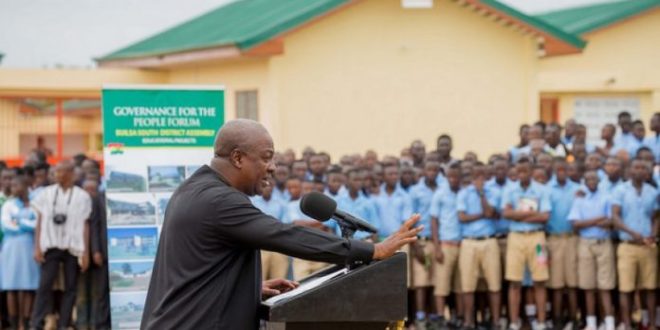 Former President John Mahama says a future NDC administration will reintroduce the automatic promotion for teachers if the party wins power in the December polls.

He also reiterated his claim that an NDC government under his leadership will cancel the controversial teacher licensure exams.

Speaking at an event in Accra to launch digital platforms for donations towards the party’s campaign, Mr Mahama said the NDC will embark on a campaign of ideas and not insults.

“We will bring back the automatic promotion of teachers. And cancel the teacher licensure exams. They say that we introduced the licensure exams; to be clear we never sort to use exams as a means of licensing teachers,” he said.

He also gave the assurance that the NDC will complete the 200 secondary school structures they started and continue to ensure that secondary and technical education is free.

The development comes as the GES introduces aptitude test for the promotion of teachers at certain ranks.