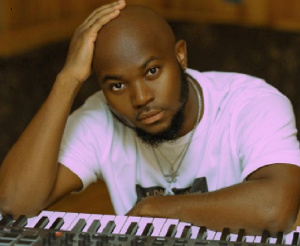 King Promise has in an interview on Beat FM described Angelique Kidjo’s win at the 64th Grammy Awards as wack.

Speaking on the Nigerian radio station, the Ghanaian musician asserted that Wizkid’s performance within the year under review was remarkable hence the Nigeria musician should have won the award instead of the Beninese singer-songwriter.

“I just think it’s wack. No disrespect, Angelique Kidjo, legend. I love and respect her but I just think what I think, innit? Like everyone has an opinion. I don’t know what else he has to do. You know what I mean, this guy [Wizkid] has been a pacesetter,” King Promise said.

Angelique Kidjo won the Best Global Music Album award at the 64th Grammy Awards held on Sunday, April 3, 2022, at the MGM Grand Garden Arena in Las Vegas. She won the category with her album ‘Her Mother Nature’.

This win is Angelique Kidjo’s fifth as far as the Grammys is concerned. She has had twelve nominations in the history of the scheme.