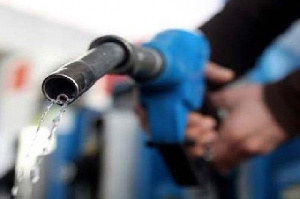 Diesel prices in Kenya are the lowest in eastern Africa in the wake of the monthly subsidy, reversing the market structure that made the country’s fuel the most costly in the region.

This bucks a trend where Kenya has had the costliest super petrol and diesel in the region mainly due to relatively high taxes and levies, which encourage local motorists in border towns to fuel in the neighbouring countries.

The shift in the market structure is linked to the introduction of monthly subsidies in Kenya, which cut the current diesel prices by Ksh23.29 ($0.20) a litre.

“The big difference is mainly attributed to the subsidy that the government has been using,” said an official at the Energy and Petroleum Regulatory Authority (EPRA).

Kenya introduced the subsidy on April 14 last year as part of efforts to defuse simmering public anger over the high cost of basic items.

The subsidy has kept pump prices unchanged for the fourth month in a row despite a jump in the cost of shipping the refined fuel.

The fund cushions consumers from volatility in fuel prices but has also seen motorists lose out when paying the $0.047 for a litre at the pump.

Tanzania is the only country in the region with cheaper super petrol than Kenya, according to the pricing list on GlobalPetrolPrices.com — a site that tracks fuel prices globally.

Tanzania scrapped a Ksh4.90 ($0.043) levy charged per litre of fuel in a bid to lower fuel prices from the start of this month.

Kenya’s fuel subsidy has been crippled in the wake of the Russia-Ukraine war that pushed crude oil prices to levels seen more than 10 years ago.

Government sources say the Treasury will struggle to pay oil marketers more than Sh25 billion over the next two months to keep pump prices unchanged despite a jump in the cost of shipping the commodity.

The current fuel being consumed in Kenya is based on the average crude oil prices of $82.03 a barrel, and the monthly review is set for next Tuesday at $92.

Oil prices have jumped more than 30 percent since 24 February, touching $139 a barrel at one point this week.

The oil price had fallen back to about $106 a barrel at one point on Wednesday, but by Thursday morning it was trading at around $116.

Officials at the energy regulator EPRA reckon that the Treasury would require at least Sh10 billion this month and another Sh15 billion in April to compensate oil marketers and keep local pump prices unchanged.

With the fund supporting the subsidy exhausted, the Treasury will struggle to pay the marketers billions of shillings at a time when it’s faced with rising spending pressure from critical items like the August General Election and Covid-19 vaccines.