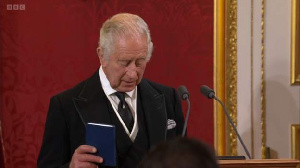 King Charles III has blocked the president of Zimbabwe’s request to attend the funeral of his late mother Queen Elizabeth II.

Read the letter denying president Mnangagwa’s request to attend the funeral below: 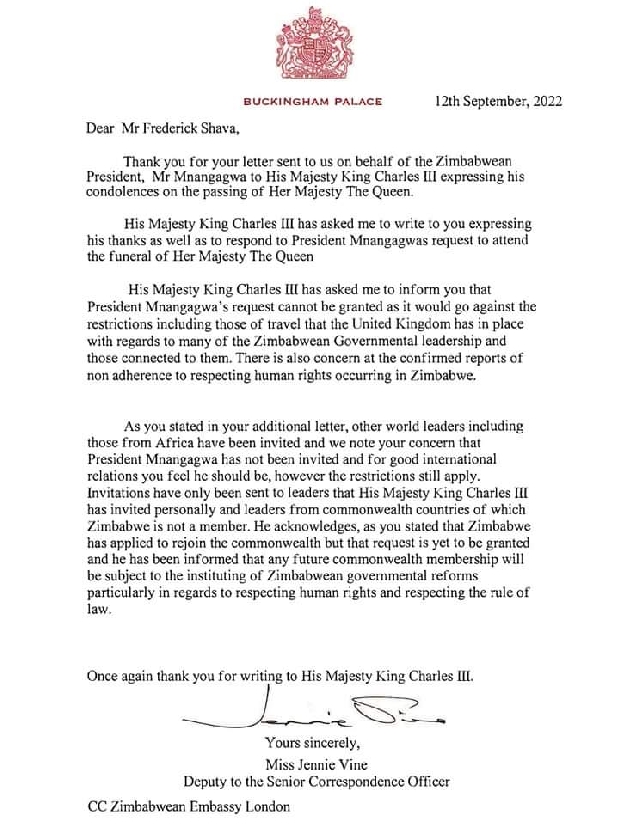 President Mnangagwa in a letter expressing his condolence to the King for the passing of his mother requested to attend the funeral to be held in England on September 17, 2022. 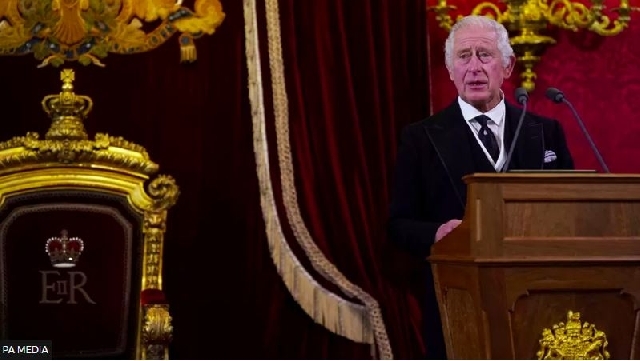 The King in a letter responding to the request written on his behalf by the Deputy to the Senior Correspondence Officer, Miss Jennie Vine said: The King has asked me to tell you that president Mnangagwa’s request cannot be granted as it would go against the restrictions including those of travel that the United Kingdom has in place with regards to many of the Zimbabwean Government leadership and those connected to them.