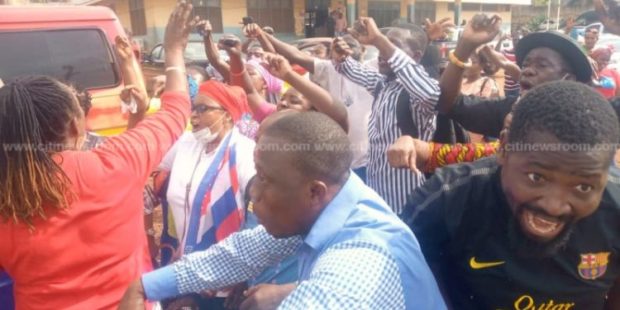 There is a charged atmosphere in the Kwadaso Constituency in the Ashanti Region as New Patriotic Party members besieged the Suntreso Police station to get the constituency chairman, to release nomination forms for their upcoming polling station elections.

The Kwadaso Constituency Chairman of the NPP, Bonah Boadi, was seeking refuge at the police station after the party’s members piled pressure on him to release the nomination forms to applicants.

The applicants who are seeking to contest positions at the various polling stations gathered at the party’s office to pick up the nomination forms, but became agitated after facing challenges in getting the forms. 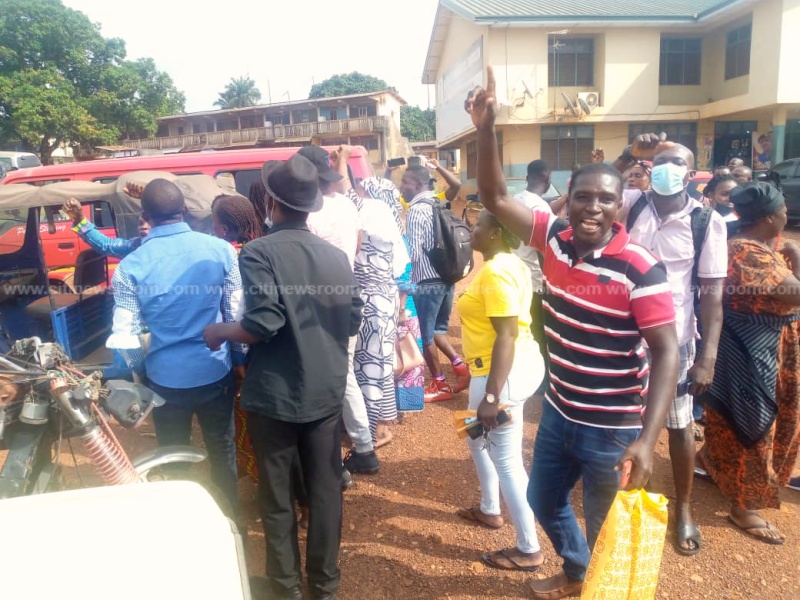 The applicants however allege that constituency executives, led by the Chairman, are reluctant in releasing the forms to them.

Some applicants went to the police station and police have now intervened to calm the tension.

The applicants, some of whom said they came to the party’s office at dawn, remained stranded.

One of the applicants, George Owusu Ansah, warned that “if our party guys are not careful, we don’t know what is going to happen in Kwadaso.”

He claimed that ahead of the previous elections four years ago, the executives also hoarded nomination forms. 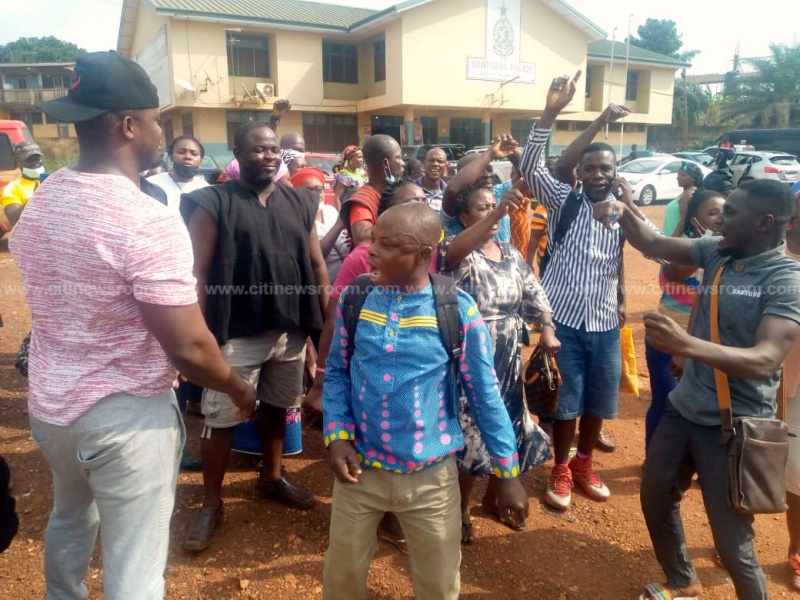 “Instead of distributing forms to party members for them to contest for polling station elections, they shared it to themselves and there was no election conducted in Kwadaso, and they want to repeat same this year,” Mr. Ansah said.

Meanwhile, the Constituency Chairman explained that a representation from the party’s national level who is part of the election committee for the process is currently indisposed.

He further appealed to party members to remain calm and allow them to postpone the sharing of the nomination forms to Sunday.

Previous Asante Kotoko visit former President J.A Kufuor ahead of Super Clash against Hearts
Next Mark my words, Serwaa Broni will go mad on the streets of Canada – Hopeson Adorye